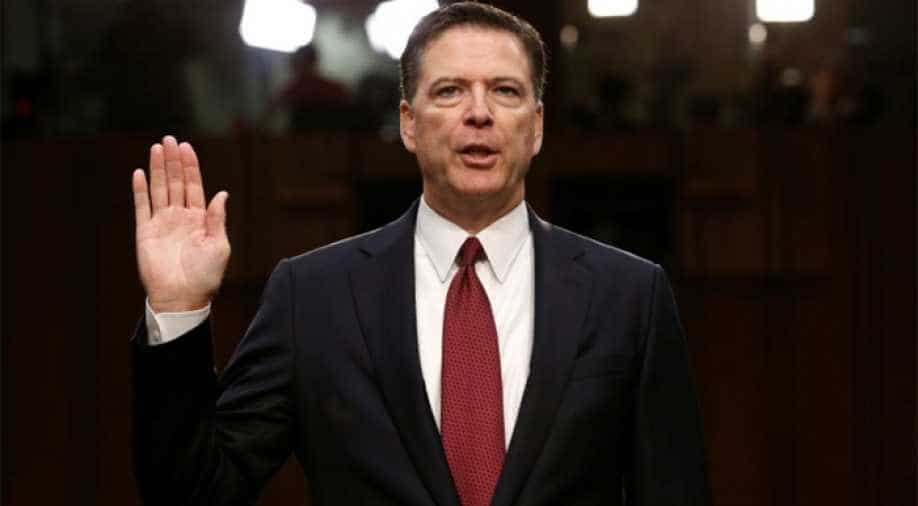 Former Federal Bureau of Investigation (FBI) director James Comey has expressed his displeasure on the release of a controversial Nunes memo, containing alleged surveillance abuses of the agency.

"For what? DOJ & FBI must keep doing their jobs," he added.Comey was abruptly fired by US President Donald Trump last year, which drew a lot of media flak.

A lot of people should be ashamed of themselves," Trump said in Oval Office after approving the memo.The decision clears the way for the Intelligence Committee to release the memo, reported The Hill."It was declassified and let`s see what happens," Trump added.White House spokesman Raj Shah said that the copies of the memo had been sent to Republican and Democratic members of the Intelligence panel and Speaker Paul Ryan`s office.

It is now up to the panel whether to release the memo to the public or not.In a rare public statement on Wednesday, the FBI had said: "We are gravely concerned that critical facts are missing from the documents and has painted an inaccurate picture of how the bureau sought approval to conduct surveillance in the probe.

"Trump had earlier accused top FBI officials and the US Justice Department of "politicising" the memo on the probe into Russian interference in the US elections.

The four-page document has become a flashpoint in a wider battle between the Republicans and Democrats over special counsel Robert Mueller`s criminal probe into potential collusion between Trump`s 2016 presidential campaign and Russia.

The probe grew out of the FBI`s Russia investigation after Trump fired FBI director James Comey and Attorney General Jeff Sessions recused himself from the investigation.Russia has denied meddling in the election campaign and Trump has called Mueller`s probe a "political witch hunt".