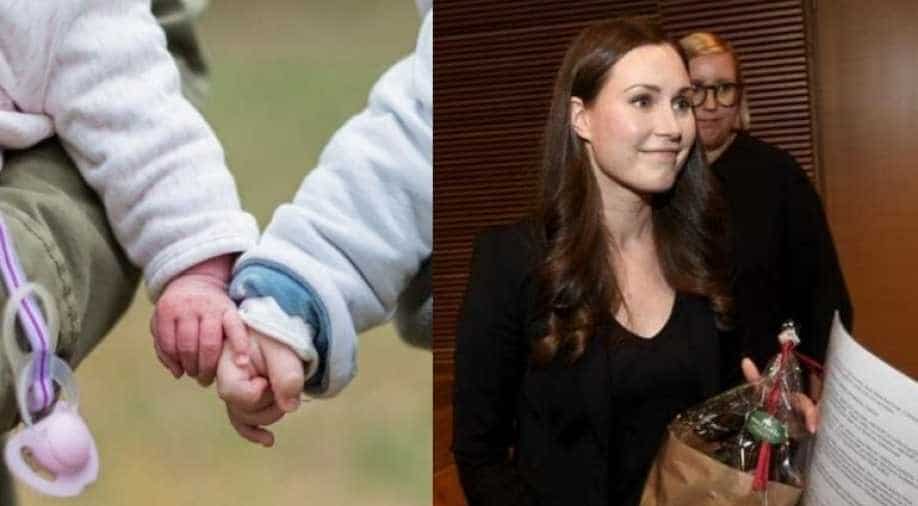 The move is seen as a way to boost birth rates in the northern European country.

Finland has announced plans to offer men and women equal paid parental leave as well as an extension of the total family allowance from 11.5 months to just over 14 months.

Finland's women-led government has been setting new benchmarks repeatedly. The move is seen as a way to boost birth rates in the northern European country.

The news policy announced by its 34-year-old Prime Minister Sanna Marin's will grant nearly seven months paid leave to each parent, for a total of 14 months of paid leave.

Parents would be allowed to transfer up to 69 of their own days to the other parent, if they so desired and for single parents the country is giving all 328 days to the parent.

The new policy allows one month of pregnancy allowance to a pregnant mother even before the parental leave starts.

The new policy is a significant step up from the current rules which allow about four months for maternity leave and about two months for fathers. The changed policy is set to be effective from the latter part of next year.

Finland's birth rate has been on the decline since 1990 when the average woman had 1.9 children which has fallen to 1.4.

Last year Finland's total fertility rate was the lowest ever recorded in the Nordic countries.