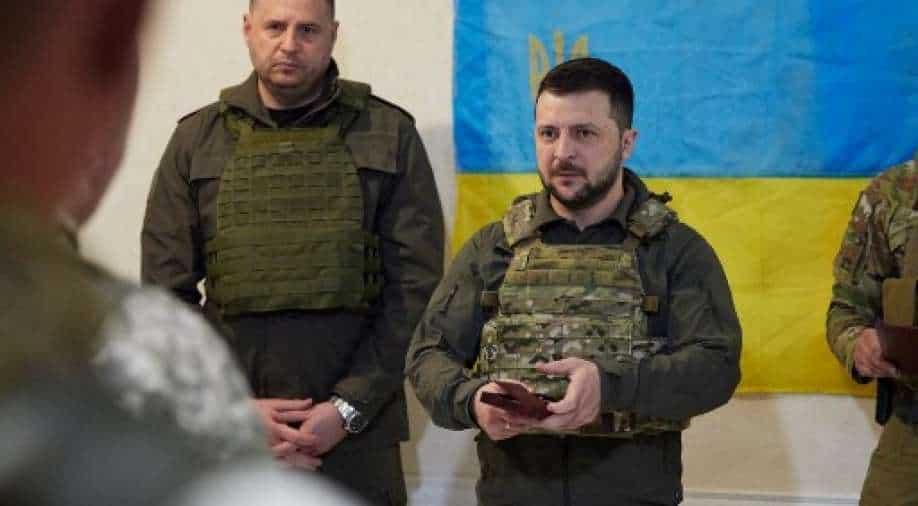 As the fighting continues in the east, Russia claimed it had captured Lyman town which is strategically located on the Severodonetsk and Kramatorsk road

As Russia continues its offensive in eastern Ukraine, President Volodymyr Zelensky visited war-torn Kharkiv in his first visit outside Kyiv since the Russian invasion began on February 24.

"2,229 buildings have been destroyed in Kharkiv and the region. We will restore, rebuild and bring back life. In Kharkiv and all other towns and villages where evil came," Zelensky said in a Telegram video post.

"In this war, the occupiers are trying to squeeze out at least some result," Zelensky said while declaring that, "they should have understood long ago that we will defend our land to the last man. They have no chance. We will fight and we will definitely win."

The Ukraine president met top officials including the governor of Kharkiv and the mayor of the city.

Russia had declared it would be concentrating its forces in eastern Ukraine after fierce fighting led to losses in the Kyiv region. Zelensky said destroyed areas can have a "new face" as he asked officials to "find cool projects".

Meanwhile, as the fighting continues in the east, Russia claimed it had captured Lyman town which is strategically located on the Severodonetsk and Kramatorsk road as reports claimed Russian forces are bombing Severodonetsk city and Lysychansk in Lugansk province.

Zelensky said Russian troops were concentrating their artillery and reserves in Donbas as he vowed to defend the region.