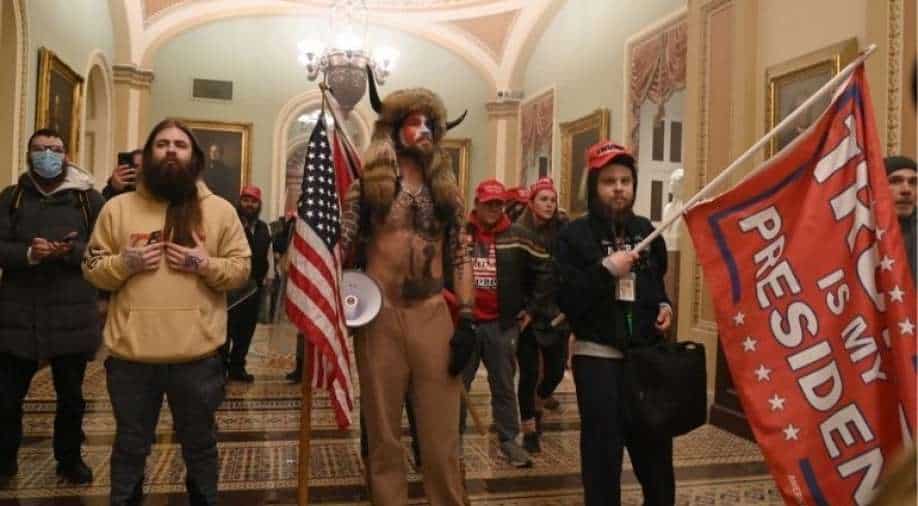 America's top security and law enforcement agency, the FBI, filed an affidavit this week against the Massachusetts man Brian McCreary who has been accused of inciting violence at Capitol

After the Capitol riots, several images were shared on the internet, which included memes too. There were also investigations that were initiated, and shockingly those also included memes.

America's top security and law enforcement agency, the FBI, filed an affidavit this week against the Massachusetts man Brian McCreary who has been accused of inciting violence and disruption in the US Capitol at the beginning of January 2021.

While the charges and the affidavit were expected, what came as a surprise — or rather a shock — was that the picture they included in this affidavit was one of the viral pictures available on the internet, which has been circulating as a meme.

In the document submitted by the FBI, there is a picture hanging on the wall behind the 33-year-old McCreary. That wall hanging has an image of a naked man photoshopped into the picture frame.

I’ve studied extremism for 15 years, I’ve reviewed mostly every court record for decades. I can honestly say very little surprises me. That said, I have absolutely no idea what to say about the Internet image the FBI used in a criminal complaint of the picture hanging on the wall pic.twitter.com/nznszFmif7

FBI, however, forgot to mention that the image was used as a meme, or probably failed to notice it. The investigators have presented that image on the fourth page of the document as evidence of that man's violent behaviour in the Capitol that day.

The fully nude man in the photo had gained popularity on the internet through memes and has often been dubbed as 'Wood Sitting On a Bed'. Several local reports have claimed that the man in the frame is Wardy Joubert III who passed away of a heart attack in 2016.