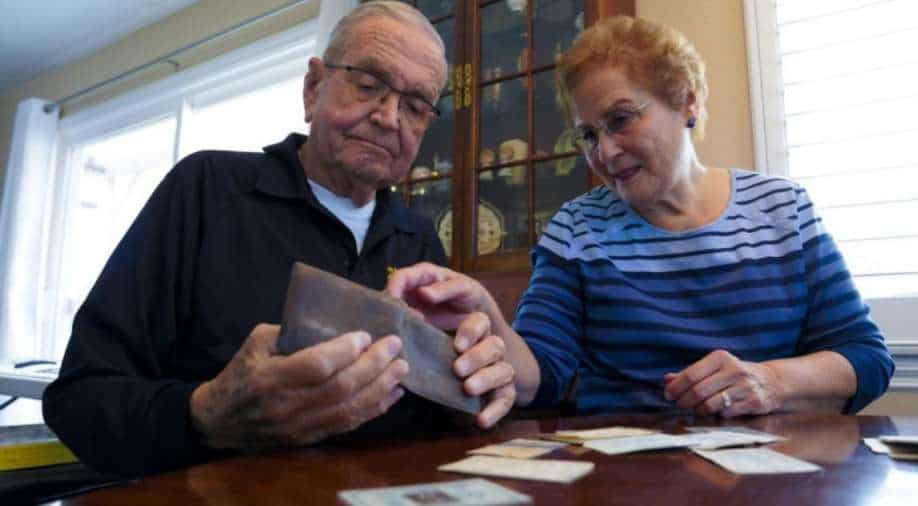 In 2014, the wallet was found behind a locker during the demolition of a building on Ross Island

After returning from Antarctica 53 years ago, Paul Grisham, a Navy meteorologist, most likely would not have expected that his lost wallet would be found and returned to him.

The 91-year-old worked as a weather forecaster in Antarctica for 13 months was shipped out of the region in October 1967.

At some point in his stay in the region, he lost his wallet.

In 2014, the wallet was found behind a locker during the demolition of a building on Ross Island.

"I was just blown away," Grisham told the San Diego Union-Tribune after the wallet was returned back to him recently.

"There was a long series of people involved who tracked me down and ran me to ground."

It comprised his navy ID card, driving licence, beer ration punch card, and receipts for money orders sent to his wife, among other things.

However, for finding the owner of this wallet, several emails, letters and Facebook messages were exchanged.

Stephen Decato and his daughter Sarah Lindbergh and Bruce McKee of the Indiana Spirit of '45 were the people responsible to find the 91-year-old and bring back his wallet after 53 years.

Decato had previously worked to return a navy service ID bracelet and his former boss George Blaisdell knew about this incident, so he decided to hand him over two wallets that were found during demolition.

One of these wallets was of Grishan and the other one was of a man who died in 2016.