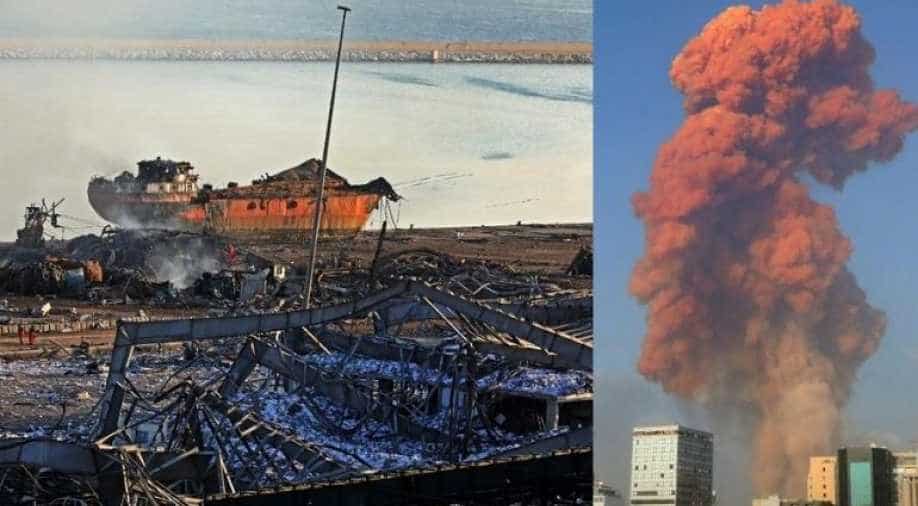 The blast in Lebanon’s Beirut has killed more than 100 people, as per the Lebanese Red Cross. A giant smoke cloud was seen at the site, before high speed wind shockwaves impacted the area near the city’s port where it happened.

"Until now over 4,000 people have been injured and over 100 have lost their lives. Our teams are still conducting search and rescue operations in the surrounding areas," a statement said.

Numbers expected to shoot up

According to officials, the death toll is expected to increase, with authorities digging through rubble to find more corpses. Being seen as the most powerful explosion to hit Beirut in years, it is a major blow the country already suffering because of coronavirus and an economic crisis.

An additional 4,000 people have been injured in the attack. In the fallout of the explosion, windows were smashed, and the ground shook in the capital city.

Hospitals in the city became quickly occupied, given the ongoing coronavirus pandemic. Due to this, many were taken outside the city. Additional ambulances were called in from northern and southern parts of the country. Ambulances also came in from the Bekaa valley in the east.

Hassan Diab, the PM of the country said that there would be accountability for the deadly blast at the “dangerous warehouse”.

“Those responsible will pay the price”, he announced in an address.

Lebanon's economy has collapsed in recent months, with the local currency plummeting against the dollar, businesses closing en masse and poverty soaring at the same alarming rate as unemployment.