Italy to cut 2020 GDP growth target to around 0.6 per cent: Sources 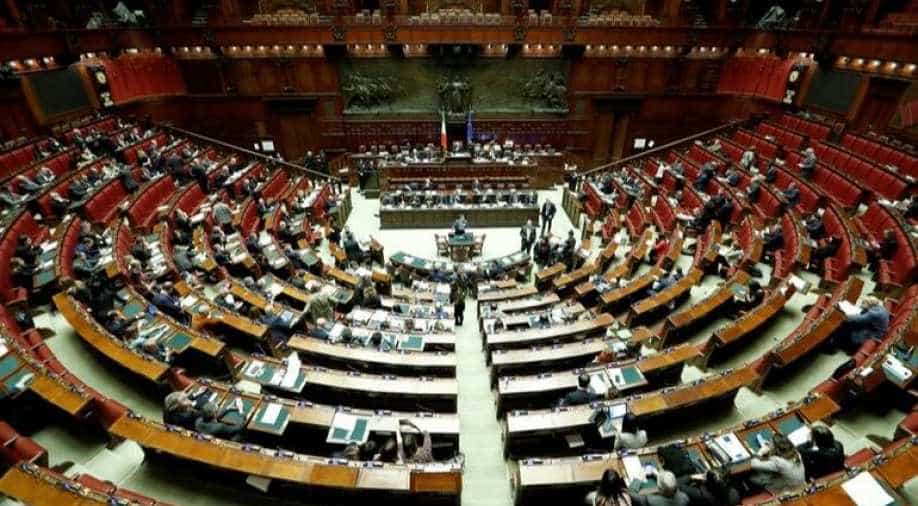 The new targets, which will form the framework of the budget, must be formally published by Friday.

Italy will cut its target for economic growth next year to around 0.6 per cent, three sources close to the matter told Reuters on Monday, as the government prepares its 2020 budget to be presented to parliament later this month.

The previous target, issued in April, envisaged growth of 0.8 per cent. Growth this year is now seen at just 0.1 per cent, compared with an April projection of 0.2 per cent.

Under an unchanged policy scenario, the gross domestic product next year would be around 0.4 per cent, which will be bolstered slightly by growth-enhancing measures in the budget, said two of the sources who asked not to be named.

The new targets, which will form the framework of the budget, must be formally published by Friday.

The budget deficit will be targeted at close to 2.2 per cent of gross domestic product, two of the sources said, though they added that marginal last-minute changes were possible due to ongoing negotiations with the European Commission.

The 2.2 per cent target pencilled in is more likely to be reduced than raised, they said.

This year's deficit is currently officially targeted at 2.04 per cent, but the sources said it would come in somewhat lower.

Brussel's main request is that the so-called "structural" deficit, stripped of the effects of the business cycle and one-off items, should not increase next year, one of the sources said.