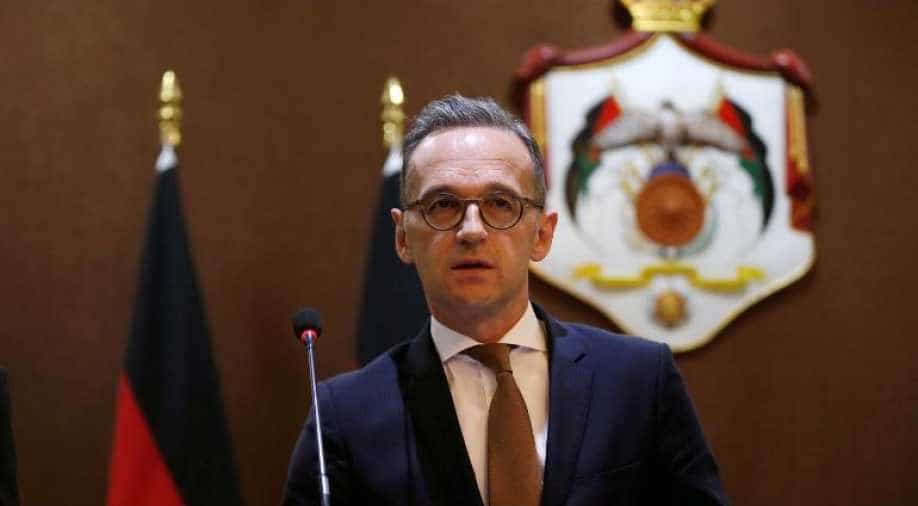 EU leaders will renew economic sanctions against Russia when they meet for a summit this week, German Foreign Minister Heiko Maas said Monday.

Maas said he saw no reason to relax the measures imposed on Moscow over its role in the conflict in eastern Ukraine. The sanctions target whole sectors of the Russian economy, including its valuable oil and gas industries.

European measures were first put in place after Malaysian Airlines flight MH17 was shot down over rebel-held eastern Ukraine in 2014, killing 298 people, and EU leaders have renewed them every six months ever since.

France is hosting a highly-anticipated four-way summit with Russia, Ukraine and Germany on Monday in the hope of making progress towards peace in Ukraine.

French President Emmanuel Macron has been pushing for a thaw between Europe and Russia, but Maas said it was too early to ease sanctions.

"We will continue what we thought was right so far, to extend the sanctions, because the reasons that led to the sanctions continue to exist," Maas said as he arrived for a meeting of EU foreign ministers in Brussels.

"At the moment, for me there is no reason to change anything in the sanctions policy of the European Union towards Russia."

It seeks to implement accords signed in Minsk in 2015 that call for the withdrawal of heavy weapons, the restoration of Kiev's control over its borders, wider autonomy for Donetsk and Lugansk, and the holding of local elections.

Thousands have been killed since pro-Russia militias in eastern Ukraine launched a bid for independence in 2014, kicking off a conflict that deepened Russia's estrangement from the West.

The EU insists the Minsk accords must be implemented if sanctions are to be lifted or relaxed.