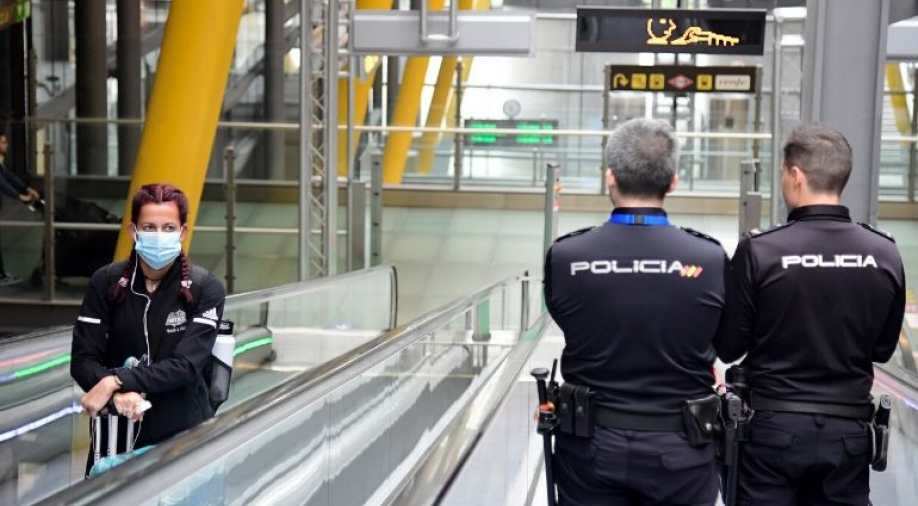 A passenger wearing a face mask as a protective measure looks at two police officers as they use a travelator at the Madrid-Barajas Adolfo Suarez Airport in Barajas on March 20, 2020 Photograph:( AFP )

The region of Madrid wants to “save time”

Eight out of ten people in Spanish capital city of Madrid is expected to contract the novel coronavirus COVID-19.

The claim was made by the President of the Region of Madrid, Isabel Díaz Ayuso.

Even though the majority of the people will develop only mild symptoms, it will still become a problem because even dormant carriers of the virus can infect people who are at high-risk of developing complications, especially the ones with low immunity and at old-age.

"They will have mild symptoms," the president added. "It will be a problem for the vulnerable population”, she added. Around 15 per cent of the population will be at high-risk if the infection spreads at the expected rate in Madrid.

"This virus has been in Spain for a longer time and is going to spread to practically everyone, and in most, it will not leave lasting marks. But the problem is the vulnerable population",  said Díaz Asuyo in an interview given on radio.

Asuyo added that the disease will prove to be “lethal” for people above 60. In 24 or 48 hours, “it can end the life of a person who is in the vulnerable population group”, she added. 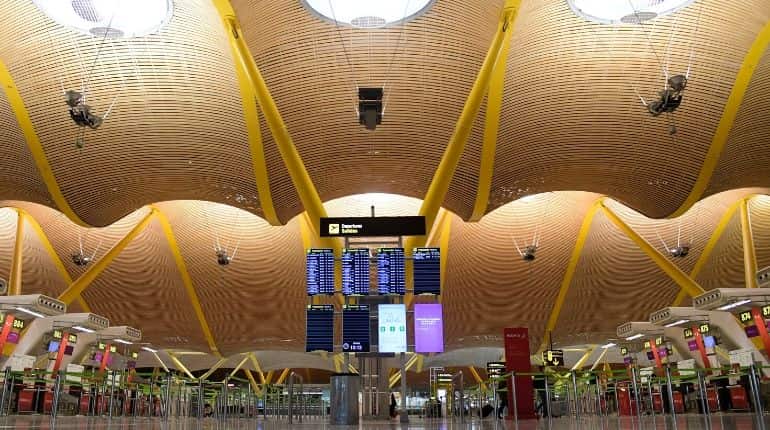 Picture shows an empty terminal at the Madrid-Barajas Adolfo Suarez Airport in Barajas on March 20, 2020 | AFP

The region of Madrid wants to “save time”. Measures in place include the unification of the public and private sectors, with normals beds across the region slated to be converted in ICU beds.

Almost 580 beds in crucial units across the region remain occupied, as per the statement given by Asuyo.

Additionally, the Ministry of Health is planning to curate “rapid tests” to accelerate the detection of coronavirus over the weekend.