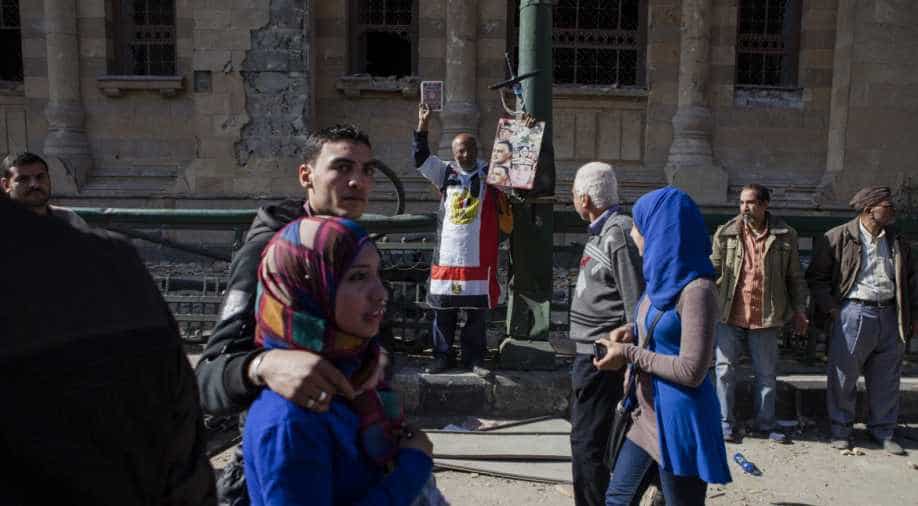 Representative image: Egyptian people stand in front of the damaged Cairo Islamic Art Museum at the scene of a nearby bomb attack at the Cairo Security Directorate building in the Abdeen district on January 24, 2013 in Cairo, Egypt. Photograph:( Getty )

At least 25 people were killed and over 30 injured during Sunday mass inside a Cairo church today.

The explosion took place at St Mark's Cathedral, main Coptic Christian cathedral, in central Cairo, according to a statement by the Ministry of Health, PTI reported.

A bomb was lobbed into a chapel near the cathedral's outer wall, PTI reported. According to officials, most of the dead are women and children.

The toll is likely to rise, officials said.

The attack came two days after six policemen were killed in an attack elsewhere in Cairo.

St Peter's Church is beside St Mark's Cathedral, which is the seat of Egypt's Orthodox Christian church and is home to the office of its spiritual leader, Pope Tawadros II.

The presidency has declared national mourning after the attack.