Saudi key country for us doesn't mean everyone there can get 'out of jail free card': Ex-Turkish minister to WION 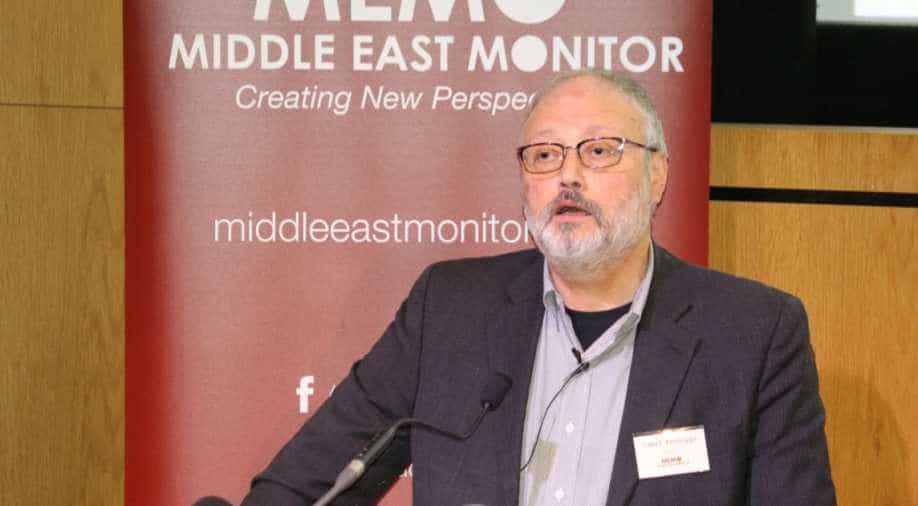 WION spoke to Egeman Bagis, a former Turkish minister on the journalist's murder and the significance of the meeting. Edited excerpts.

WION: What is the significance of the meeting to be held between Saudi prosecutor and the Turkish prosecutor in the context of the Jamal Khashoggi's murder?

Egemen Bagis: Well, first of all Mr Khashoggi was killed as far as we know in a very heinous and barbaric way at the diplomatic property. According to the diplomatic convention of Vienna, such rules about restriction apply. So, yes it is considered Saudi land, however, it needs to respect and obey the rules and the laws of the country it belongs to.....which is Turkey. So it makes a very complicated investigation for both sides, but this is not a matter between Turkey and Saudi Arabia. This is a human rights issue. This is about freedom of press. This is about human life. A journalist who was hoping to get papers so could get married was killed in the consulate general of his own country. You don't go to consulates with fears, you don't go to consulates, or diplomatic mission, embassies with suspicion. You go there to be assisted, not to be killed. So we all need to find out why he was killed? How he was killed? When he was killed? With whose instructions was he killed and most importantly where are his remains? Where is the body?

WION: You know they have been accepting certain facts of the case established by Turkey earlier in the day with great reticence, you know first it was a killing then it was an operation gone wrong, then it was about the fact that yes it was premeditated, there has been so much reticence to come around what we call truth.

Egemen Bagis: Well, we also know for a fact that Saudi Arabia, in the beginning, declined to accept any responsibility. At first their position was he came in and finished his procedure and left the consulate and then we realised that they actually have someone put on his own clothes and pretend that it was him and then left his belongings and his watch somewhere in office in Istanbul. Later on, they accepted that it was a killing and that he was actually dead. Then they said yes! this was done but people are being detained for that... and 18 people were supposedly detained in Saudi Arabia. Then we were told that they are investigating on to the reasons for his killing but we don't really know and the story has not been very persistent. It has not been very stable. We are finding out new things as we go along. They are accepting new responsibilities and we are all trying to understand what really happened.

WION: Why has Turkey pursued this case so seriously. this is not the first time, it's very unfortunate but such a hit has taken place, Israelis have done it for the 1950s onwards. You know, There was a drone program expanded under Barack Obama. He dropped more than 26,000 bombs in various war theatres. It's not as if its a new development.

Egemen Bagis: Actually for us, it is a very new development. For us, it's a very devastating development. This country and its lands have been a safe haven for centuries for many nations, many groups, many oppositions. This is a place where people find a safe haven. This is the place when Saddam was gassing the church into death they all went into the Turkish lands for refuge. Today as we speak, we have 3.5 million Syrians in Turkey who have found a safe haven. We have more than half a million Iraqis who have fled the war and the bloodshed in their own country. This is not a country to get killed. It is a country to find protection, to find stability, to find peace. And for us, someone being killed in our own country in his own country's diplomatic mission, is really devastating.

WION: What is the geopolitical consequence of this killing? specifically in the context of Saudi Arabia. What is your observation?

Egemen Bagis: Well, there are many opposition groups an many different countries. We have very important and good relations with Saudi Arabia. It's a very important country for Turks and Muslims around the world. This (Saudi Arabia) is where the holy sites of Islam are located and, therefore, we prioritise having good relations with Saudi Arabia. But, we don't want this incident to turn into a conflicting situation between Turkey and Saudi Arabia but just because Saudi Arabia is an important country for us doesn't mean everybody in Saudi Arabia can get out of jail free card. Everyone no matter where they are,  have to accept responsibilities for their actions and if they are wrong actions then they have to be punished for it and they have to be prosecuted for it. without any prosecution, we cannot claim anyone is guilty or anyone is innocent so we have to find out what really happened.

WION: Won't you agree under the new dispensation under Saudi Arabia, you have a war theatre in Yemen, different politics in Qatar, a different take of the regime in Syria and I really don't think that Turkey shares the same vision or the view.

Egemen Bagis: Turkey and Saudi Arabia might differ on different political issues,  they might agree on some others but that doesn't mean anyone has to be killed or anyone's killing has to be covered. I know president Erdogan. I have spent 17 years working closely with him and I know he will not let this issue to be covered up.

WION: You mention the president's take, why, what makes him pursue this case so closely on an everyday basis.

Egemen Bagis: This is an important issue. This is a diplomatic crisis. This is also a very important humanitarian issue. When you think Erdogan, you have to realise that the guy himself was in prison for reciting a poem which was in the textbook of this country. So, he knows how wrongful the prosecution can harm individuals and their image.  He has been fighting to enhance democracy in this country. You might not agree with him on everything he does. He has his opposition as well but one thing for sure even his opponents, even his competition, respects that he is a man of his words and he is a man of justice. Everyone agrees he has no blood on his hands unlike some other leaders around the world.

WION: But the international impression is Saudi Arabia can buy their way through the oil

Egemen Bagis: That's not going to work in Turkey. May be in other countries.