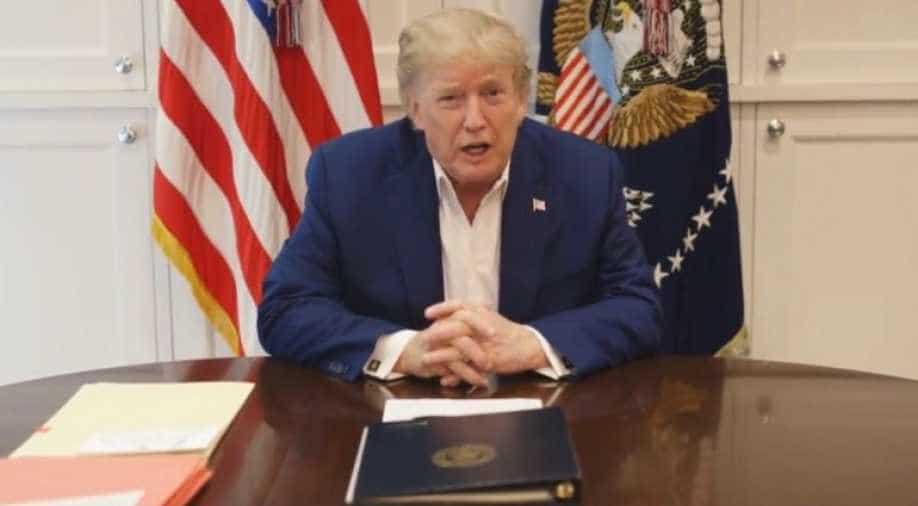 This has come as a big hit to the Democratic candidate as Trump has often grilled Biden over his one-day statement of him agreeing to banning fracking, which Biden declines

With two days left for the US election the current Republican candidate and President Donald Trump and his Democrat rival and former Vice President Joe Biden are now wrapping up their rallies and bidding farewell to their supporters for a few days.

During on of these rallies in Montoursville, Pennsylvania, Trump made an announcement that he signed an executive order to protect fracking earlier in the day — which has been a controversial topic between the two political parties.

Fracking, also known as Hydraulic fracturing, is the process of drilling a hole in the Earth to releae the gas inside. The procedure has been subjject to controversies as it can be harmful for the quality of groundwater and can pollute the surface water and threaten wildfire if proper guidelines are not followed.

The local media had reported a few days ago that Donald trump was to collect information from the Office of the US Trade Representative and the Treasury Department about the benefits and side effects of fracking on the US economy and trade.

"Moments ago I signed an executive order to protect Pennsylvania fracking and block any effort to undermine energy production in your state," Trump told the crowd on Saturday.

"So if one of these maniacs come along say end fracking, I signed it on the beautiful Marine One," he said.

This has come as a big hit to the Democratic candidate as Trump has often grilled Biden over his one-day statement of him agreeing to banning fracking, which Biden declines. Biden has been subjected to an array of questions by his rivals on the topic of banning fracking, and he has time and again clarified that he would not be banning it, which the Republic Party claims is not rue and has provided audio-visual proof for their claim.

The announcement by Trump has comes a masterstroke at the end of the election campaigns, with some experts calling it an ace card played a few days before the elections. This is being considered as a positive move for Trump as it sends the message of him being a 'get work done' guy, which Biden has not been able to establish.

It was also reported that Trump would be asking officials from the Energy Department and Interior Department to advise him on how the technology and land management can be utilised to increase the use and benefits of fracking, without harming the envorinment.

The details of the same have not been officially announced yet.