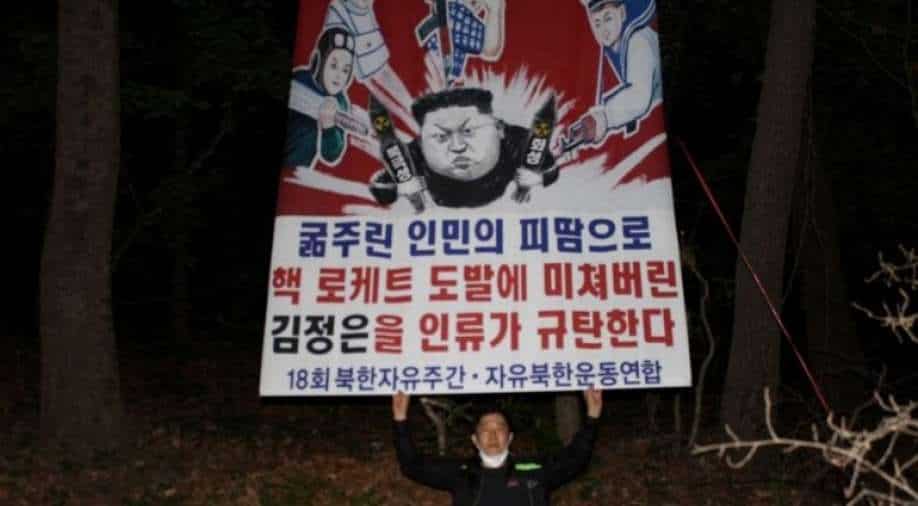 Park Sang-hak is an activist who had led a similar campaign in 2000. He has now announced that he launched 10 advertising balloons carrying 500,000 leaflets, 500 mini booklets and nearly 5,000 $1 bills in border provinces. The act took place between Sunday and Thursday.

In images released by the Fighters For Free North Korea group, Park can be seen launching the said balloons at night.

The group has demanded an end to the "hereditary dictatorship" of Kim Jong Un and his family, through this act.

A video also shows Park holding a large poster of Kim Jong Un’s drawing in which the North Korean leader can be seen holding missiles in both fists. The activist also presented slogans denouncing Kim as a ‘lunatic’ carrying out nuclear missile provocations.

This incident has taken a place almost a year after North Korea had threatened cutting all communication with South Korea in case of any leaflets or other literature material is circulated. Following the threat, the South Korean government had passed a law in December banning distribution or scattering of any printed material, goods, money, and more across the border.

Any violation of the law is punishable by up to three years in prison or 30 million won ($27,500) in fines.