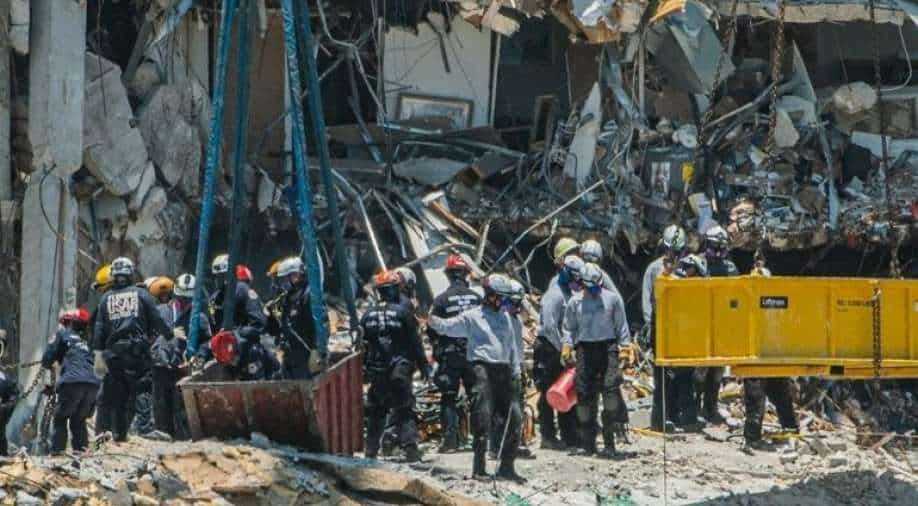 Over 140 people are still unaccounted for nearly a week after the building fell in Surfside.

Six more bodies have been found in the shattered ruins of a Miami-area condominium tower over the past 24 hours, officials said on Wednesday, bringing the confirmed death toll to 18 nearly a week after the building collapsed.

More bodies were found overnight in the shattered ruins of a collapsed building in a town near Miami, Florida.

Over 140 people are still unaccounted for nearly a week after the building fell in Surfside.

"And I want to thank them once again for their tremendous, tremendous effort. The world is watching. Their bravery, putting themselves in harm's way to find people in the rubble."

Nobody has been pulled alive from the debris since the early hours of the disaster.

Trauma surgeon Michael Libirian has been at the site for nearly a week.

"I've been a trauma surgeon for around eleven years and this has been emotionally the most difficult thing I've ever had to endure. I think a lot of us, including myself, a lot of our task force members who I work with are separated from these missing people by only one or two degrees."

That's even though the search has become more difficult from the heat and intermittent showers.

"The hope is there. Even if it's just one more. If it's five more, great. But one more, that would make all the difference in the world this late in the game."

Investigators still do not know what caused nearly half of the Champlain Towers South condo to crumple.

But a 2018 engineer's report found structural deficiencies in the 40-year-old tower.

President Joe Biden and his wife, Jill are expected to visit the scene of the tragedy on Thursday.