The death toll from the coronavirus in mainland China passed 2,000 but the number of new cases there fell for a second straight day, offering a sliver of hope and helping Asian shares and US stock futures rise.

Hundreds of people began disembarking a cruise ship quarantined in Japan on Wednesday as criticism mounted of Japan's handling of an onboard outbreak of the new coronavirus that has infected more than 540 people.

The death toll from the coronavirus in mainland China passed 2,000 but the number of new cases there fell for a second straight day, offering a sliver of hope and helping Asian shares and US stock futures rise.

China, the world's second-largest economy, is struggling to get its manufacturing sector back on track after imposing severe travel restrictions to contain a virus that emerged in the central province of Hubei late last year.

In Japan, hundreds of people disembarked from the British-flagged Diamond Princess cruise liner docked at Yokohama near Tokyo, ending an ordeal that began when the ship was quarantined on February 3 after a former passenger was diagnosed with the virus in Hong Kong.

"I am very keen to get off this ship," Australian passenger Vicki Presland told Reuters over a social-media link. She was among a group of Australians getting off to catch an evacuation flight back to 14 days of quarantine in the city of Darwin.

The outbreak on the liner, owned by Carnival Corp, resulted in the biggest concentration of new coronavirus infections outside China despite more than two weeks of quarantine for its approximately 3,700 passengers and crew on board.

As questions swirled over how the virus spread so readily on the ship, Health Minister Katsunobu Kato defended Japan's efforts.

"Unfortunately, cases of infection have emerged, but we have to the extent possible taken appropriate steps to prevent serious cases, including sending infected people to the hospital," Kato said in a report by state broadcaster NHK.

The US Centers for Disease Control and Prevention (CDC) said Japan's efforts might have slowed down the virus but were not enough.

"CDC's assessment is that it may not have been sufficient to prevent transmission among individuals on the ship," it said in a statement.

Japan has repeatedly said its response to the outbreak on the ship has been appropriate.

The United States has flown home more than 300 American evacuees from the ship and other countries are queuing up to collect their citizens, including Australians.

Like Australia, the United States and other countries are making citizens spend 14 days in quarantine upon their return.

With Japan just months away from hosting the 2020 Olympic Games, critics say the government's response has seemed more concerned with managing public perception than the outbreak.

From the start, experts raised questions about quarantine on the ship. Passengers weren't confined to their rooms until Feb. 5. The day before, as officials screened them, onboard events continued, including dances, quiz games and an exercise class, one passenger said.

Only passengers who test negative and do not show symptoms are being allowed to leave the ship. Those who have tested negative but were in cabins with infected people would remain on board for additional quarantine, Japanese officials said. 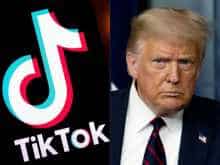