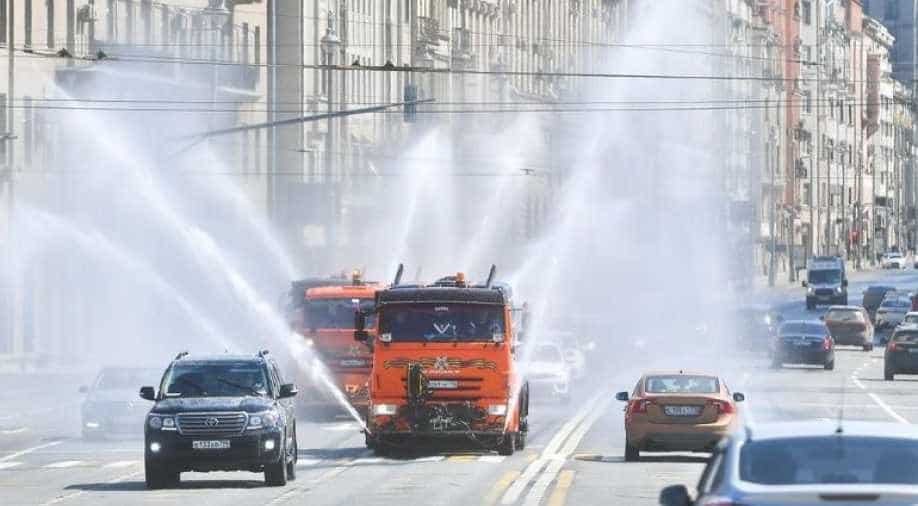 Russia is the third worst affected country in the world right now. With a low death rate, the country is hoping to contain the spread if the virus.

Amid the rising number of cases, Russia has released a drug approved to be used for the treatment of coronavirus patients in the country.

Russia's total infections from the novel coronavirus crossed the mark of half a million, as the cases surged to 502,436 cases, and a death toll of 6,532.

Russia is the third worst affected country in the world right now. With a low death rate, the country is hoping to contain the spread if the virus.

The drug has been registered under the name of 'Avifavir', and was distributed to handful hospitals in the first phase on Thursday, reported RDIF sovereign wealth fund.

RDIF has funded trials and has a 50% share in the drug's manufacturer ChemRar, through which it hopes the company can produce enough to treat 60,000 patients in a month.

The permission to release the drug was given under an accelerated process, as the number of cases was growing rapidly. The clinical trials for this drug were performed over a shorter period of time, and on fewer number of humans, when compared to other countries. Few trials are still underway.

Out of al ost 8- regions, seven regions have received the drug on Thursday, and negotiations are underway to supply the drug to other regions.