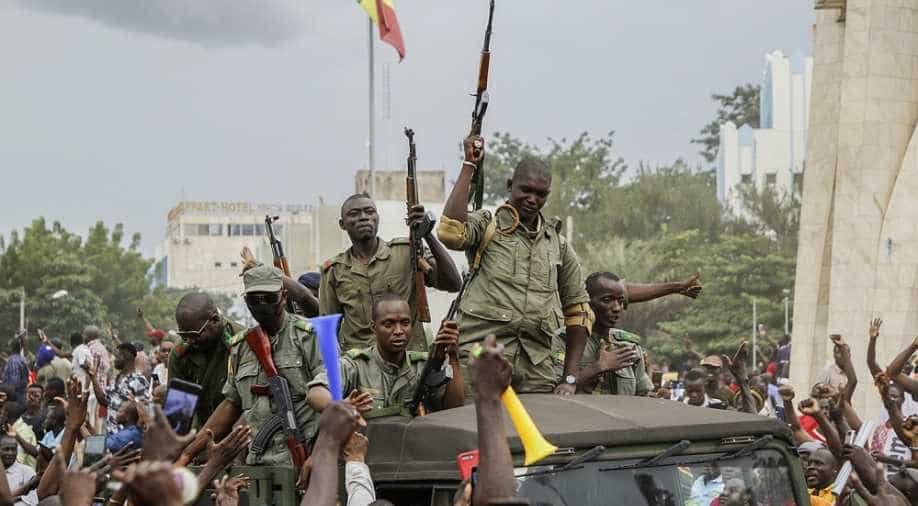 According to the junta plan, the power will eventually be handed over to a civilian transitional government.

Thousands marched and celebrated in the streets of Mali's capital to celebrate the overthrow of President Ibrahim Boubacar Keita on Friday as the West African nation's political opposition backed the military's junta plan.

According to the junta plan, the power will eventually be handed over to a civilian transitional government.

Soldiers from the junta calling itself the National Committee for the Salvation of the People made a brief appearance Friday at Bamako's Independence Square, where they thanked the crowd of thousands for their support.

The international community also continues to express alarm about the coup that deposed Mali's democratically elected leader this week. There are concerns that the political upheaval will divert attention away from the more than seven-year international fight against Islamic extremists who have used previous power vacuums in Mali to expand their terrain.

Keita -- first elected in a 2013 landslide the year after a similar military coup -- saw his popularity plummet after his 2018 re-election as the Malian army faced punishing losses from jihadist attacks. He offered concessions and regional mediators intervened, but his opponents who formed a coalition known as M5-RFP made clear they would accept nothing short of his departure.

The junta has promised it will return the country to civilian rule but has given no time frame for doing so. Mali was not due to have another election until 2023.

The regional bloc known as ECOWAS signaled it would send another delegation to Bamako soon and called for the mobilisation of a regional standby military force, and indication it was preparing contingency plans in case negotiations again failed.

ECOWAS leaders have suspended Mali's membership, closed its borders with the country and said that financial sanctions would be imposed against the junta leaders.

A distressed Keita, wearing a mask amid the COVID-19 pandemic, resigned on national broadcaster ORTM on Tuesday just before midnight and three years before his final term was to end.