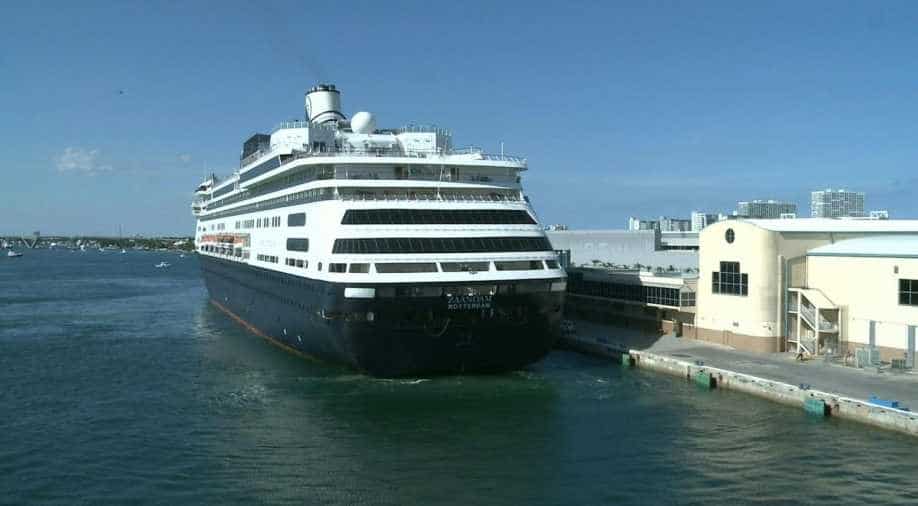 US President Donald Trump had intervened to facilitate the docking. He on Tuesday urged Florida officials to accept the stricken cruise ship.

A coronavirus-stricken cruise ship, the MS Zaandam, and its twin the MS Rotterdam, forced by a deadly onboard outbreak to languish at sea since mid-March pulled into a South Florida port on Thursday.

This happened after much deliberation by authorities and administration -- capping a nearly three-week ordeal during which about 100 passengers and dozens of crew aboard the Zaandam reported influenza-like illness and four passengers died -- and one of them reportedly is a British national.

Holland America said 311 passengers were US citizens; 52 of them residents of Florida.

US President Donald Trump had intervened to facilitate the docking. He on Tuesday urged Florida officials to accept the stricken cruise ship. Governor Ron DeSantis relented once a "unified command" consisting of federal, state and local authorities reached agreement.

"These two ships have US citizens on board. I think the Zaandam has 40, 50 Floridians, so I think we have an interest in making sure these folks come safely," DeSantis told a news conference on Thursday before the vessels arrived.

Out of the passengers, 26 symptomatic, but not requiring hospitalisation, will remain aboard the ships in port until they are well and declared fit for travel.

Rest of the 1,200 passengers would begin disembarking on Friday and be transferred straight to chartered flights home.