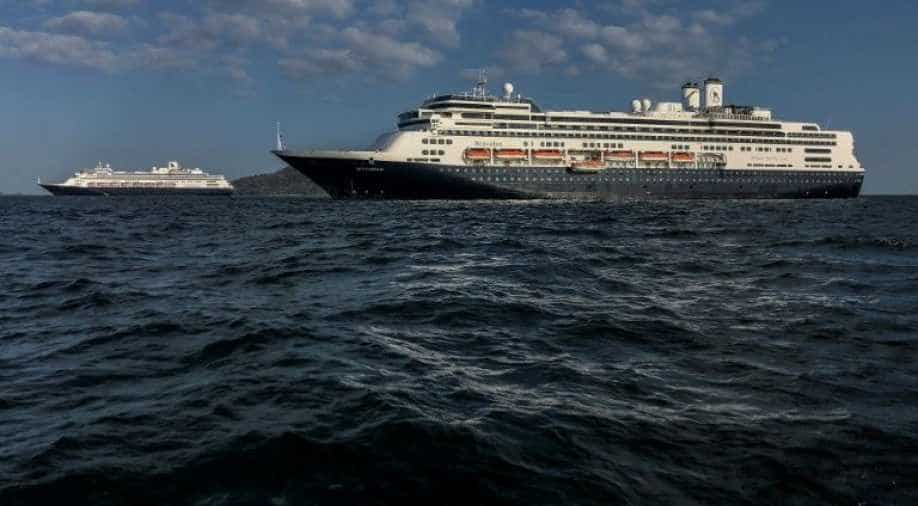 A coronavirus-stricken cruise ship has become the bone of contention for the United States. Four people have died on the ship, and one of them reportedly is a British national.

When the governments all over the world have been able to stem the growth of the novel coronavirus to an extent by taking stringent measures, danger, or rather death, continues to lurk at the sea.

A coronavirus-stricken cruise ship has become the bone of contention for the United States. Four people have died on the ship, and one of them reportedly is a British national.

So far two of the four people to have died on the cruise ship, the Zaandam, have been confirmed to have had COVID-19. Nine other people onboard have tested positive and 189 others have reported flu-like symptoms.

The officials at the ship, however, cannot provide any additional medical and health details, due to US law.

The Zaandam originally departed from Buenos Aires on 7 March – a day before the US state department advised people to avoid cruise travel and before any substantial restrictions were in place in Florida. The ship had been scheduled to take several stops along its journey. But since March 15, the Zaandam has been denied entry at a succession of ports.

The Zaandam is carrying more than 200 British nationals. It's sister ship the Rotterdam passed through the Panama canal on Monday after being denied entry to several ports.

US President Donald Trump now has sought the authorities' approval to dock the ships in Florida later this week. Local authorities are, however, in dispute over whether to let passengers disembark, with the state’s hospitals already burdened with coronavirus cases.

The state’s governor is reluctant to allow the more than 1,000 people onboard the Zaandam to disembark, but the US president, Donald Trump, appears set to overrule him.

"I'm going to do what's right not only for us but for humanity," the president said during Tuesday night's White House press briefing.

"These are two big ships and they have a lot of very sick people," he said, referring to the ship, and another Holland America ship said to be ferrying a lot of infected persons.

Also read -- 'Sailors do not need to die': US warship captain reports coronavirus cases in Guam

In another case, the number of coronavirus cases aboard the aircraft carrier -- the USS Theodore Roosevelt -- has approached 100, leading the ship's commanding officer to issue a stark warning to top Navy leadership about the need to get sailors off the ship.

Acting Secretary of the Navy Thomas Modly said 1,273 of the ship's roughly 4,800 crew members have been tested for the virus so far and the Navy was still awaiting the results of some of those tests.

About 1,000 sailors have been evacuated form the ship and moved ashore to Guam where the ship is currently in port. Some of the sailors will be quarantined in hotel rooms in Guam.
memo.

Roosevelt had weapons, munitions and expensive aircraft on it. It had a nuclear power plant too, and thereby required a certain amount of people on that ship to maintain the safety and security of the ship.

Last week the Pentagon confirmed three sailors on the Roosevelt had tested positive and that number had risen to 25 two days later.

Also read: US records highest single-day death toll due to coronavirus at 884