'Sailors do not need to die': US warship captain reports coronavirus cases in Guam 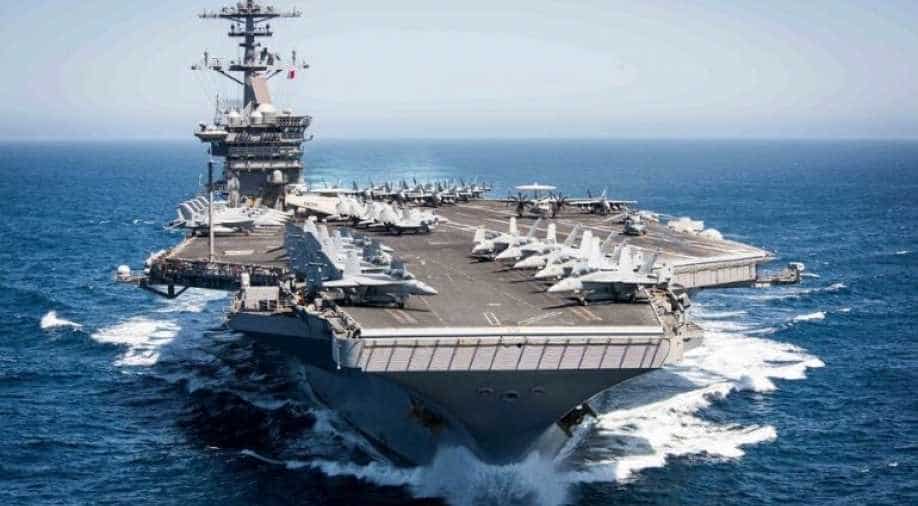 In a letter, Captain Brett Crozier reportedly said that the spread of the disease is ongoing and accelerating

A captain of US aircraft carrier Theodore Roosevelt has told authorities that coronavirus is spreading uncontrollably through the battleship.

According to reports, the vessel is stationed in Guam. In a letter, Captain Brett Crozier reportedly said that the spread of the disease is ongoing and accelerating.

The captain in the letter said isolation the sailors would be an "extraordinary measure" due to the cramped passageways and sleeping quarters of an aircraft carrier.

Defense Secretary Mark Esper has reportedly rejected the request to evacuate the sailors onboard who are now stuck in the Pacific region.

According to US media reports, there are at least 100 aboard the warship with confirmed cases of COVID-19.

Reports speculated that the sailors could have got the infection during a port stop at Vietnam, however, it could not be verified. There are at least 4,000 sailors on the ship.

"We are not at war. Sailors do not need to die. If we do not act now, we are failing to properly take care of our most trusted asset - our sailors," Crozier wrote, according to the San Francisco Chronicle, while calling for "decisive action".

The carrier was in the Pacific when the Navy reported its first coronavirus case a week ago. It has since pulled into port in Guam, a U.S. island territory in the western Pacific.