'Confrontation not the way to solve problem': Thai PM urges calm over tension between royals and anti-govt protesters 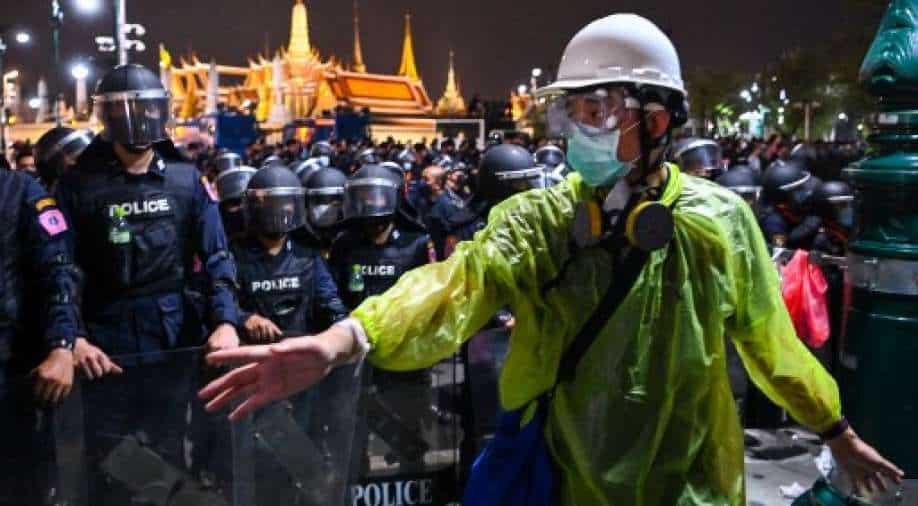 Amid heightened tensions in the country between royalist groups and pro-democracy protesters, Thai Premier Prayut Chan-O-Cha urged citizens to not solve problems through confrontation.

"A confrontation is not the way to solve a problem, I urge all sides to refrain from clashing and from breaking the law so excessively whereby the authorities would have to use every measure to enforce the law,"

Prayut's statement comes as he declared that the government was not "taking sides" after police deployed water cannons as a "warning" against protesters as 10,000 protesters reportedly marched in central Bangkok.

The police, however, claimed that "authorities had no intention to cause any harm". Last month, the police had used water cannon against protesters who were demonstrating against Prayut's rule and curbing the power of the monarchy.

Protest leaders said that the use of water cannon was not acceptable but declared that they will "not step back".

The King too seem to climb down as he declared that the protesters were still loved and the country was a land of compromise as anti-monarchical feelings boils on the street. There were also reports of royalists who held a counter-protest at Democracy Monument.