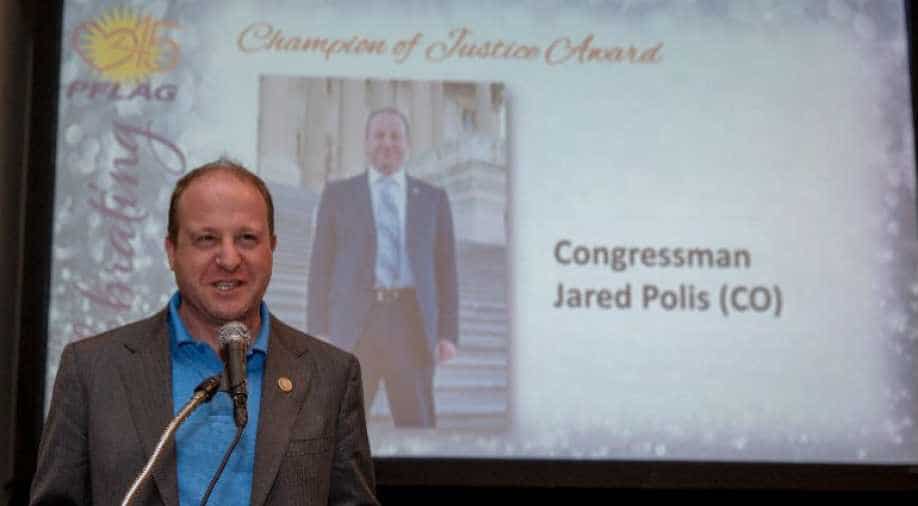 Jared Polis will succeed Democrat John Hickenlooper, who has been in office since 2011.

Democratic Congressman Jared Polis has won the governor's race in Colorado, networks projected on Tuesday, making him the first openly gay person to be elected as a US governor.

The five-term congressman, 43, who defeated Republican Walker Stapleton, was open about his sexual orientation during the campaign, often referring to it in his criticism of President Donald Trump.

Kate Brown became the first bisexual governor when she was elected in Oregon in 2015, while another governor, Jim McGreevey of New Jersey, came out as gay before resigning in 2004.

But Polis is the first openly gay candidate to be elected governor.

He will succeed Democrat John Hickenlooper, who has been in office since 2011.

A self-made millionaire and tech entrepreneur, Polis was admitted to Princeton University at age 16. And he has said that he set his sights on becoming governor when he was in college.

Polis, who is Jewish, switched his name from Jared Schultz to Jared Polis at age 25 to honor his grandmother, he has said.

He was one of hundreds of lesbian, gay, bisexual and transgender candidates in the midterm elections, including 21 for Congress and four for governor.

"LGBTQ candidates are running for office in unprecedented numbers and in every state in the nation -- and it is already inspiring more LGBTQ people to run in the near future," Annise Parker, president of the LGBTQ Victory Fund, a nonpartisan group, said ahead of the elections. "This rainbow wave of candidates is certainly concentrated in blue states and districts, but LGBTQ leaders in conservative parts of the nation are standing up and determined to become public servants while remaining true to who they are.

"The struggles and experiences of LGBTQ candidates provide a unique perspective that makes them authentic, values-driven leaders, and it is increasingly resonating with voters.”

Polis's win comes as members of the LGBTQ community have faced mounting attacks since Donald Trump was elected president.

Those include an effort by the Trump administration to change the legal definition of gender that would effectively reverse some transgender rights put in place by president Barack Obama.