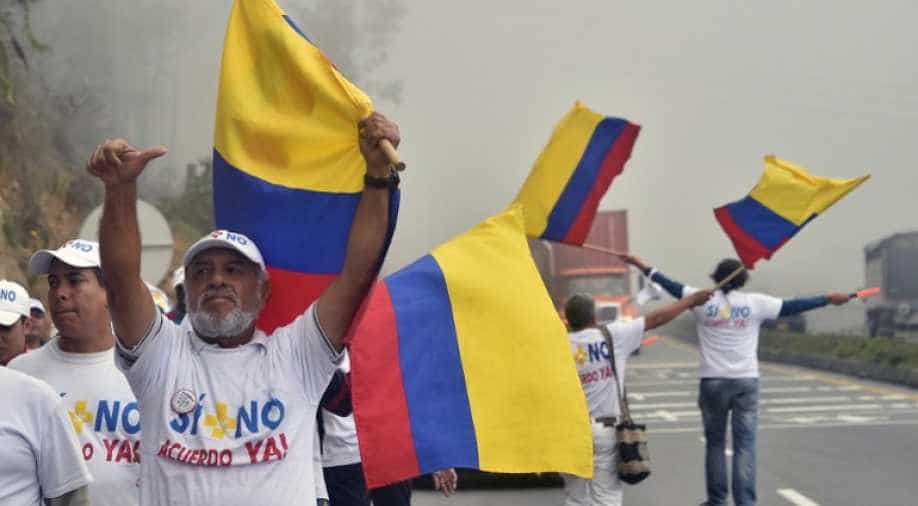 The previous peace deal was rejected by Colombians who said it was too soft and allowed the rebels to go scot-free. Photograph:( AFP )

Colombia's government and Revolutionary Armed Forces of Colombia (FARC) rebels announced on Saturday a new peace deal after Colombians voted no to the previous deal.

A joint statement by both groups was read out by diplomats from Cuba and Norway: "We have reached a new final agreement to end the armed conflict, which incorporates changes, clarifications and some new contributions from various social groups, which we have gone through one by one."

Colombian President Juan Manuel Santos has been trying to end the 52-year-old conflict but his efforts were thwarted when the Colombian public rejected the deal, claiming it was a soft deal and allowed the rebels to go scot-free.

Rural Colombia, which lived through the conflict, voted for peace but the urbanised centres rejected the peace deal..

The conflict with the insurgent group has killed nearly 260,000 people and displaced around seven million, AFP reported.