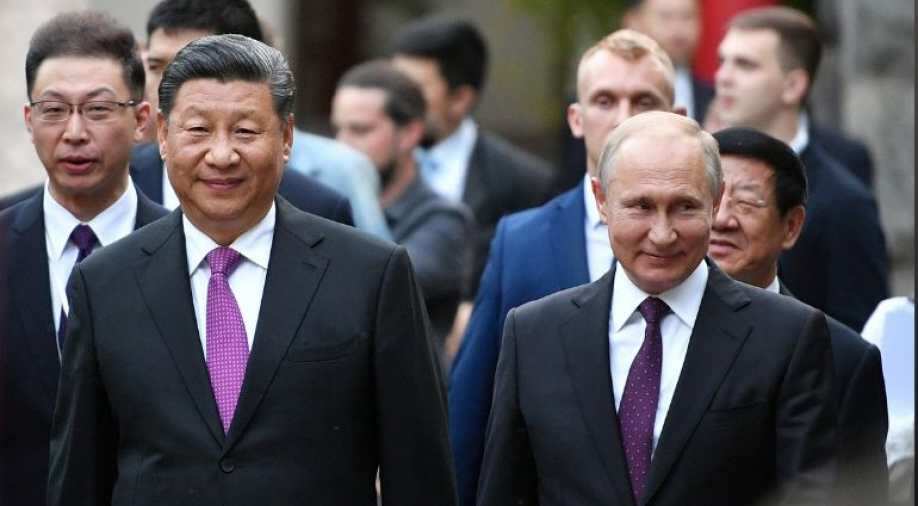 Xi unveiled the pandas - Ru Yi and Ding Ding - after talks with Putin whom he called his best friend at the start of a three-day visit that will see him attend Russia`s flagship economic forum in St Petersburg later this week.

Chinese President Xi Jinping presented two pandas to Moscow's zoo at a ceremony with Vladimir Putin on Wednesday, in a gesture the Russian president described as a sign of deepening trust and respect between the two powers.

Xi unveiled the pandas - Ru Yi and Ding Ding - after talks with Putin whom he called his "best friend" at the start of a three-day visit that will see him attend Russia's flagship economic forum in St Petersburg later this week.

The pandas, who could be seen chomping bamboo as Xi and Putin arrived, will be living in a specially built enclosure. Beijing has loaned them to Moscow for 15 years as part of a joint research project.

Xi's visit to Russia comes with Moscow's ties with the West at post-Cold War lows and with Beijing's relations with the United States strained over a trade war. Both powers are eager to show they are strengthening ties.

The leaders promised to deepen military-technical cooperation at talks in Moscow, while Russian and Chinese businesses signed an array of deals.

"Over the past six years, we have met almost 30 times ... Putin is my best friend and a good colleague," Xi said in comments published on the Kremlin's website.

Standing alongside Xi after the talks, Putin thanked China for entrusting the pandas to Moscow.

"This is a gesture of particular respect and trust in Russia. When we talk about pandas, we always end up with a smile on our faces. We accept this gift with great respect and gratitude," Putin said.

"These animals are a national symbol for China, and we greatly value this gesture of friendship," he said.

The pandas were given to Russia at the end of April after Putin visited Beijing but were only unveiled to the public on Wednesday.