China suspends poultry products from US firm after COVID-19 outbreak 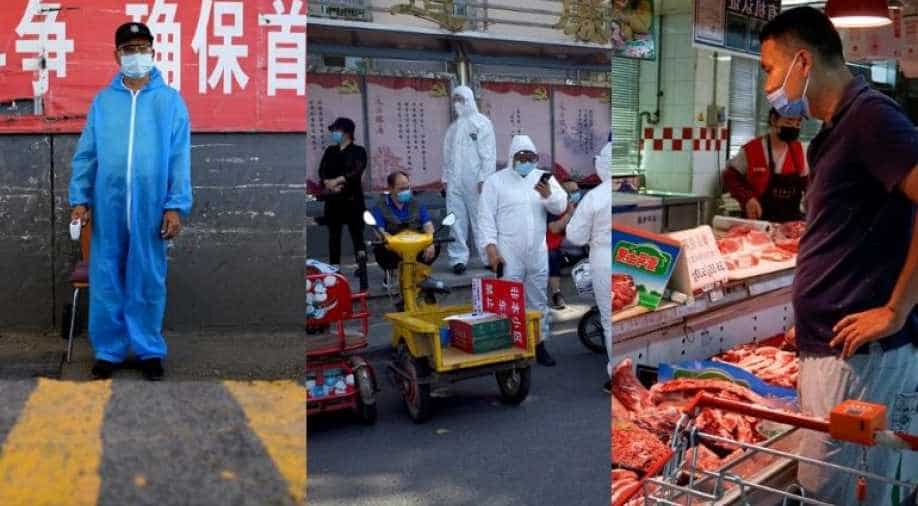 China's wet markets have come back into the spotlight after the outbreak of the virus in Beijing's Xinfadi market two weeks ago.

Chinese authorities have suspended imports of poultry products from a plant in the United States after it was hit by coronavirus.

The Chinese customs department said it had suspended operations after a cluster of COVID-19 was reported at the plant.

Earlier, Chinese authorities had suspended imported of pork from a German processor Toennies after an outbreak was reported at the plant.

Tyson Inc said it was working with US authorities to ensure its food is produced in full compliance with government safety standards.

China's wet markets have come back into the spotlight after the outbreak of the virus in Beijing's Xinfadi market two weeks ago.

The virus which is believed to have first emerged from a market in Wuhan has put Chinese authorities on alert. Authorities in Beijing are now targeting food deliveries services in the capital focusing on riders to be tested as officials said all couriers in the city would be tested by next week.

The officials had earlier highlighted risk of the virus spreading through food packets in Beijing. China's capital reported 22 new cases
of the virus on Friday as the number of COVID-19 cases rose to 200 in less than two weeks after the virus was first discovered at the Xinfadi market where salmon chopping boards were found to have traces of COVID-19.

Amid the crisis, China said it had identified a European strain of coronavirus in the Beijing outbreak, however, the World Health Organization(WHO) said more tests were needed to prove the results.

China on Monday had submitted the genome sequencing data of the Beijing outbreak with the WHO and the Global Influenza Data Initiative (GISAID).