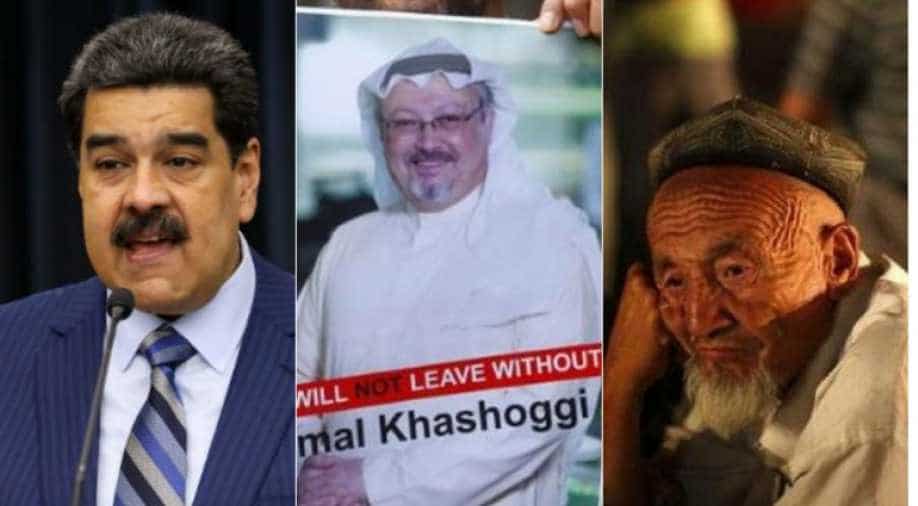 While the 47-member Council's resolutions are not binding, all countries work hard to avoid its "naming and shaming". China is especially sensitive to criticism, which it views as interference.

China is lobbying hard to thwart scrutiny of its mass detention camps for Muslim Uighurs in the Xinjiang region at the UN Human Rights Council's main annual session opening on Monday, diplomats and activists said.

Saudi Arabia will face criticism for the murder of journalist Jamal Khashoggi and its failure to cooperate with a UN-led inquiry, diplomatic sources said.

And ambassadors from some European countries plan to boycott a speech by Venezuelan Foreign Minister Jorge Arreaza on Tuesday, as more countries back opposition leader Juan Guaido and spurn President Nicolas Maduro, they add.

Western countries look to Turkey and other members of the Organisation of Islamic Cooperation (OIC) to shine a spotlight on what China calls re-education and training facilities. UN experts say the camps hold a million Uighurs, who speak a Turkic language, and other Muslims. China has rejected accusations of mistreatment.

While the 47-member Council's resolutions are not binding, all countries work hard to avoid its "naming and shaming". China is especially sensitive to criticism, which it views as interference.

Turkey, whose foreign minister Mevlut Cavusoglu is due to address the Geneva forum on Monday, urged China this month to close its camps, calling them a "great shame for humanity".

"It's up to the OIC. If they don't take the lead, it's very hard for other countries," one Asian ambassador told Reuters.

Activists have urged European and Muslim nations to take the lead in establishing a UN investigation into the detentions and what they call "forced indoctrination".

John Fisher of Human Rights Watch said, "We are encouraged that everybody we speak with shares the concern at China’s sweeping violations in Xinjiang, and agrees that China must be held to the same standard as everyone else, that there is a need for collective action, and that the time to act is now."

But diplomatic sources said that there was no sign that any country would present a resolution on China, although delegations were preparing to raise the issue in statements.

Meanwhile, China has failed to block Tibetan and Uighur activists from taking part in the four-week session.

A letter from China's mission in Geneva, seen by Reuters, urges the United Nations not to allow 15 activists - including the Dalai Lama and Dolkun Isa, president of the exiled World Uighur Congress - to attend. The request was rejected, UN sources said.

China is also organising a photo exhibit at the UN in Geneva with some 90 photos, many of smiling Uighurs, they add.

UN rights investigators on Iran, Myanmar and North Korea are to present annual reports. Their mandates are expected to be renewed, despite the United States having quit the forum last year over a perceived anti-Israel bias, diplomats said.

A UN report on Israel's use of force against Palestinian protestors in Gaza last year is to be issued, while a UN report on a database of companies active in the Gaza Strip may be delayed again, they said.