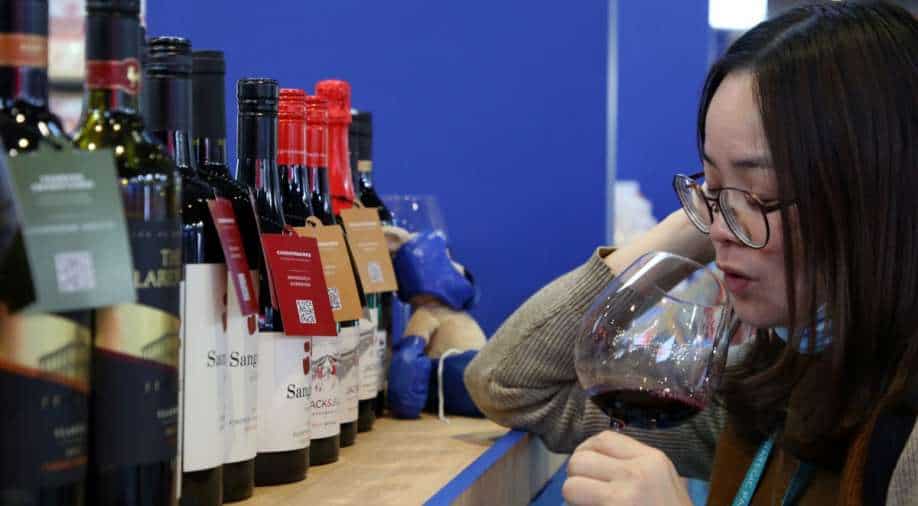 China on Friday said it would impose anti-dumping measures on Australian wine, in a further souring of relations between Beijing and Canberra.

Beijing has often used access to its vast domestic market as a stick to beat Canberra with since Australia called for an inquiry into the Covid-19 pandemic.

Its leaders have already suspended some timber and beef imports, inflicting pain on Australian exporters to their largest market.

And from Saturday wine importers will now have to pay deposits of around 100-200 percent of the value of their goods at customs, China's commerce ministry said, adding that it was in response to "substantive harm caused to the relevant domestic wine industry".

China frequently uses its economy as muscle in diplomatic disputes.

"Obviously we'll exhaust all avenues available to us through the WTO," Littleproud said.

The ministry of commerce said in August it would probe dumping -- when a country sells goods in a country for less than it costs at home -- throughout 2019, at the request of the Wine Industry Association of China.

Wine exports to China hit a record A$1.3 billion (US$900 million) last year, according to Australian government data, making it the biggest market by value for Australia.

The news sent shares in Treasury Wine Estates Limited -- which owns the popular Penfolds brands -- tumbling more than 11 percent before trade was halted.

China's commerce ministry has complained Australian wines benefit from government subsidies that give them an advantage over Chinese products.

Beijing has produced a laundry list of complaints about Australian policies -- from banning Huawei's participation in 5G to its call for an investigation into the origins of the coronavirus pandemic.

A Chinese official gave a dossier to Australian media containing 14 grievances earlier this month, reportedly telling the outlets: "If you make China the enemy, China will be the enemy."

In May, China suspended imports of beef from four Australian slaughterhouses and imposed 80 percent tariffs on barley imports from the country.

Beijing has also warned people not to visit Australia for study or tourism, alleging anti-Asian racism in the wake of the pandemic.

The two sides are also locked in an ongoing row over spying, with China accusing Australia of raiding the homes of Chinese journalists as Canberra investigates an alleged covert influence campaign by Beijing.

Australia is not the only country to face Beijing's wrath in the form of trade restrictions in recent years.