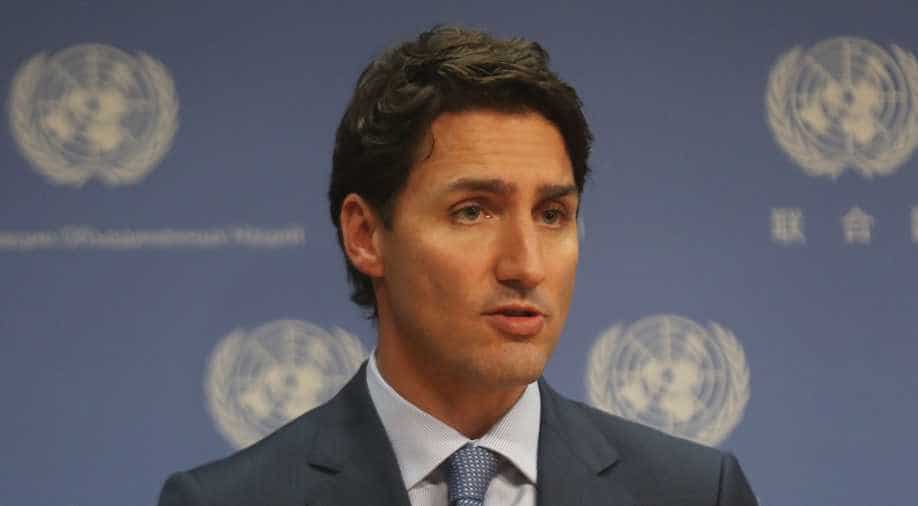 Michael Kovrig was arrested on December 10 in China, after taking a leave from his diplomatic posting to work for the International Crisis Group (ICG) think tank.

Canadian Prime Minister Justin Trudeau on Friday accused China of ignoring a former Canadian envoy's "diplomatic immunity" when it detained him last month along with a compatriot.

Michael Kovrig was arrested on December 10 in China, after taking a leave from his diplomatic posting to work for the International Crisis Group (ICG) think tank.

Their detentions are thought to be in retaliation for Canada's arrest on a US request of Huawei vice president Meng Wanzhou, who is accused of violating Iran sanctions.

"It is unfortunate that China has arbitrarily and unfairly detained two Canadian citizens, and indeed in one of the cases is not respecting diplomatic immunity," said Trudeau.

"This is something that we are engaged right now both with Chinese officials and with our partners around the world where there is a concern for the need for all countries to do like Canada and to respect the rule of law and the independence of our judicial processes."

It was the first public comment on Kovrig's status. Officials previously said he was on an unpaid leave from his Canadian government job.

According to the Vienna Convention, persons carrying a diplomatic passport enjoy immunity when they are abroad. Trudeau's statement therefore suggests that Kovrig carried such a passport while on sabbatical, which is possible if authorized by Canada's foreign ministry.

Ottawa has called -- backed by Australia, Britain, France, Germany, the European Union and the United States -- for the Canadians' immediate release.

On Thurday, the Netherlands, Latvia, Lithuania, and Estonia also added their voices of support for Canada.

China's Ambassador to Canada Lu Shaye, in a letter to a Canadian newspaper on Wednesday, accused Ottawa and its allies of applying a "double standard" in criticizing the detentions of Kovrig and Spavor while defending Meng's arrest, attributing this to "Western egotism and white supremacy."