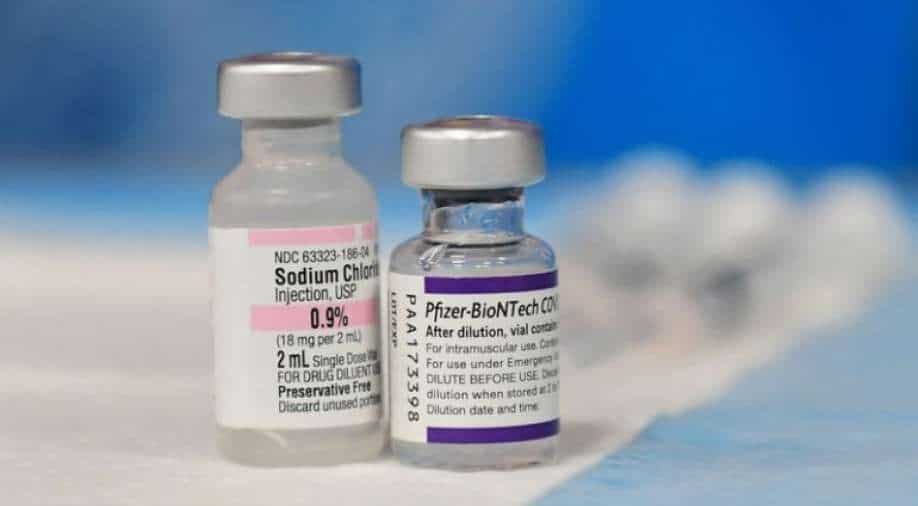 Beijing has not yet approved any foreign-made coronavirus vaccines

China on Saturday said it had given "conditional" approval for Pfizer's Covid-19 drug Paxlovid to treat adults with mild to moderate illness and a high risk of developing severe disease.

The drug has so far been authorised in about 40 countries including the United States and Israel, while the European Union has permitted member states to use it ahead of formal approval as an emergency measure against the rapidly spreading Omicron variant.

Unlike Covid-19 vaccines, Pfizer says that preliminary studies show that Paxlovid does not target the ever-evolving spike protein the coronavirus uses to invade cells, meaning it should theoretically be more variant-proof.

China's National Medical Products Administration on Saturday said further research on the drug needed to be undertaken and submitted to the regulator.

Beijing has not yet approved any foreign-made coronavirus vaccines.

Lab tests have shown Omicron patients jabbed with the Chinese-produced Sinovac vaccine experience larger drops in antibody levels than those given the Pfizer version.

Earlier this week, Pfizer, whose vaccine developed with Germany's BioNTech was the first approved in the US, forecast more than $50 billion in 2022 sales for its coronavirus jab and therapeutic treatment.

The company expects to make 120 million treatment courses of Paxlovid, with executives describing ongoing contract talks with about 100 governments.

Beijing's conditional approval of the pill comes as China -- where the coronavirus first emerged in late 2019 -- has slowed new cases to a trickle with a strict "zero-Covid" strategy of targeted lockdowns, travel restrictions and lengthy quarantines.

The country has fought several isolated flare-ups in recent months, with some driven by the delta variant and others by the Omicron strain.

All 40 of China's new domestic cases on Saturday occurred in just two cities, according to the National Health Commission.

One of them, the southern city of Baise –- a major aluminium producer –- went into lockdown this week amid a spike in infections, sending global prices for the metal to a 14-year high.

The other cases were detected in the northeastern coastal city of Huludao, prompting authorities to suspend cross-provincial tourism in the surrounding province of Liaoning, state broadcaster CCTV reported Saturday.

The country's uncompromising approach on the pandemic has led it to hold the ongoing Winter Olympics in a so-called closed loop, preventing participants from coming into contact with the wider population.

More than 400 Olympics-related cases have been confirmed so far, the organisers said in a statement.