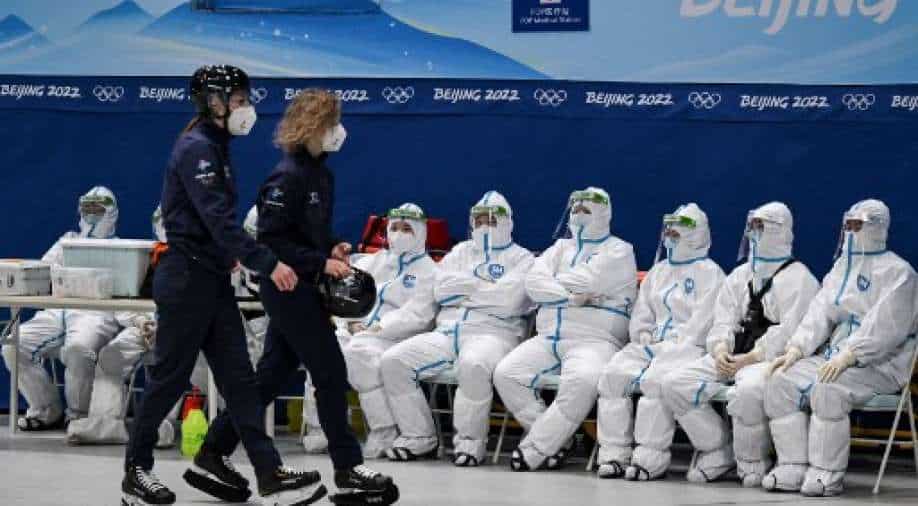 The Chinese researchers said new vaccines should be developed to get rid of the virus globally.

According to Chinese researchers if normal mobility is allowed in "COVID-zero" regions then the country could witness nearly 2 million deaths in a year.

The report comes even as China faces criticism over its "Covid-zero" measures amid the virus outbreak. The country has imposed harsh measures across the country for months to contain the virus including at the Winter Olympics currently underway in capital Beijing.

Also Read in Pics: How is China preparing for the Lunar New Year

The researchers said the vaccine was the best way to combat the virus while informing that if the unrestricted movement was allowed in Covid zero regions then there would be 234 million infections in a year including 64 million symptomatic cases even if the global vaccination rate reaches 95 per cent.

The researchers calculated the efficacy of the vaccine from Chile which has been using China's CoronaVac and UK's Pfizer and AstraZeneca to conclude that the "baseline efficacy" of existing vaccines against death was 86 per cent and efficacy against infection was 30 per cent as per data from Britain and Chile.

The research published in China Center for Disease Control and Prevention (CCDC) said new vaccines should be developed to get rid of the virus globally.

On Monday, authorities had lockdown Baise city in the southern Guangxi region along Vietnam's border as 70 coronavirus cases were reported. The residents were asked to stay at home as the city traffic system was restricted.

Authorities said Baise city has already undergone three rounds of nucleic acid tests for "key groups" as the country continues to battle the virus with schools shut in the area.

The new rules were imposed after a person reportedly returned after spending the Lunar New Year holiday as authorities began mass testing. China has restored regularly resorted to mass testing including lockdown of cities since the virus was first detected in Wuhan in December 2019.

Millions of people were asked to stay home last year from September to December as the Delta variant spread rapidly with residents of the northern city of Xi'an with a population of over a million placed in home confinement for over a month after 2,000 cases were reported.

The International Monetary Fund(IMF) had earlier asked the country to reassess the "Covid zero" policy describing it as a "burden" on the economy since the country was a "supply source for the rest of the world".