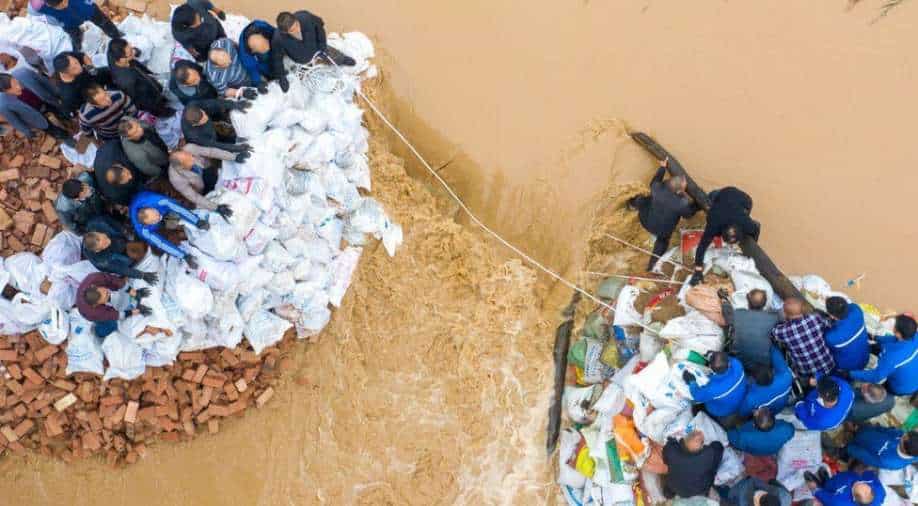 Authorities told the Xinhua news agency that more than 120,000 people have been urgently transferred, and that 17,000 homes have collapsed across Shanxi province

Chinese media has reported that more than 1.76 million people have been affected by severe flooding in China's northern Shanxi province. Heavy rain last week led to houses collapsing and also led to landslides across more than 70 districts and cities in the province.

The officials have said that heavy rainfall is hampering rescue efforts. Shanxi, which is also home to various ancient monuments has put them at major risk from the severe rainfall.

Authorities told the Xinhua news agency that more than 120,000 people have been urgently transferred, and that 17,000 homes have collapsed across Shanxi province.

Four police officers have died as a result of a landslide, reports Global Times.

It further added that the Shanxi flooding may have been worse than the floods in Henan earlier this year as Shanxi's provincial capital Taiyuan saw average rainfall of around 185.6mm last week.

More than 300 people died in Henan in July when record-breaking rainstorms hit the province.

The majority of deaths occurred in the capital city, Zhengzhou, where more than 600mm of rain fell in just three days.

About 40 people died in underground car parks, while at least 20 others died in a flooded road tunnel.