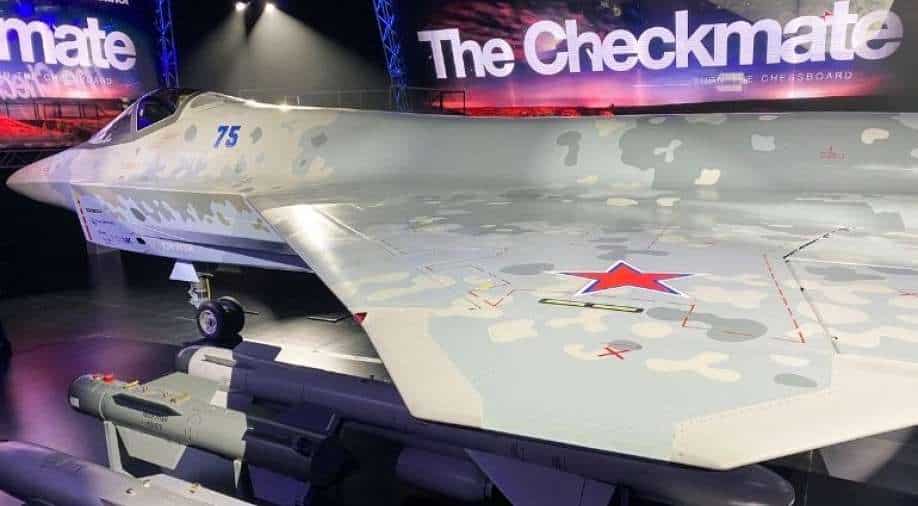 Russia displayed a prototype of its new fifth-generation warplane at the Dubai Airshow. The Sukhoi Su-75 Checkmate is capable of simultaneously carrying five air-to-air missiles and can destroy multiple targets at once. Pitched as a cost-efficient fighter jet, the Checkmate can fly at speeds of Mach 1.8 and a range of 2,800-2,900 kilometres

Dubai Airshow seems to be high on glitter at the moment. Several new offerings from the world of aircrafts have made it to the show. These planes have caught the attention of visitors of the show and viewers around the world.

One such out of the world aircraft was displayed by Russia at the Dubai Airshow on Sunday. It is a prototype of its new fifth-generation warplane.

The development comes at a time when the United Arab Emirates' deal to buy F-35 fighter jets from the US is making slow progress.

This is the first time that the Sukhoi Su-75 Checkmate has been shown outside Russia. It was unveiled in July. According to the Russian state news agency, it was also visited by an Emirati delegation.

At the show, an English-language computer simulation video showed the light tactical warplane. This plane is capable of simultaneously carrying five air-to-air missiles and can destroy multiple targets at once.

Also Read: Ahead of Biden & Xi’s virtual meeting, China warns US to back off on Taiwan support

It was inspected by Vladimir Putin during its July unveiling.