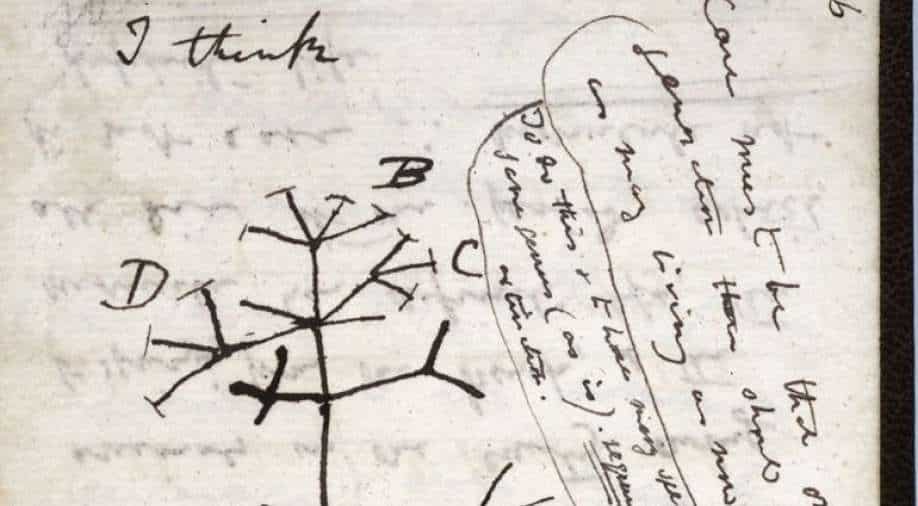 This said library contains nearly 10 million books, maps and manuscripts, and is famous for being one of the biggest Darwin archives

Two of the most prized notebooks of Charles Darwin have gone missing from the University of Cambridge's Library, the officials reported on Tuesday.

Some of Darwin's brilliant ideas and philosophies on evolution and one of his most famous "Tree of Life" sketch have reportedly been stolen. The treasure was worth a million of pounds, as per the officials.

One of the stolen notebooks also had a diagram that showed Darwin's several possibilities for the evolution of a species and later published a more developed illustration in his 1859 book "On the Origin of Species".

This said library contains nearly 10 million books, maps and manuscripts, and is famous for being one of the biggest Darwin archives.

The objects were listed as missing in 2001 after they had moved the collection out of the Special Collections Strong Rooms for a photography project. A detailed search was carried out recently which has now concluded that the notebooks have gone missing — most probably stolen.

"Curators have concluded the notebooks... have likely been stolen," the library said in a statement.

The local police has been informed about the reported theft and the books have been listed in the list of Interpol's database of stolen artworks, called Psyche.

The University Librarian, Jessica Gardner, released a video statement appealing to the public to help. "It is deeply regretful to me that these notebooks remain missing despite numerous wide-scale searches over the last 20 years," she said, adding that the library has since massively improved its security systems.

"I would ask anyone who thinks they know of the notebooks' whereabouts to get in touch. Please help," she added.