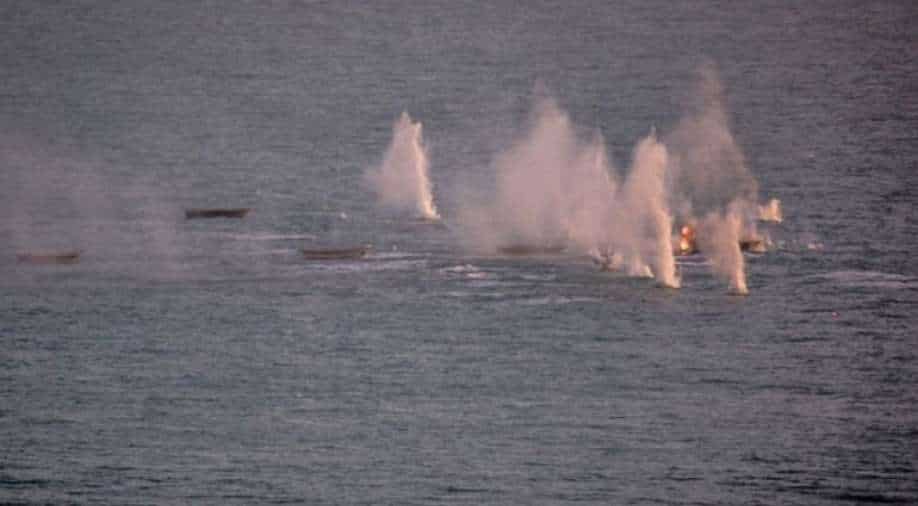 After Iran's paramilitary Revolutionary Guard fired several surface-to-surface ballistic missiles during military exercise held this week, Britain condemned the act. The report of official IRNA news agency on Friday said that 16 missiles were fired in the exercise. The names of these missiles were Sejjil, Emad, Zalzal, Ghadr, Dezful and Zolfaghar

In a statement, the Foreign Office, said, "These actions are a threat to regional and international security and we call on Iran to immediately cease its activities."

The report of official IRNA news agency on Friday said that 16 missiles were fired in the ongoing exercise in the southern region of the country.

The missiles had successfully hit a target at the same time as 10 drones also simultaneously hit their respective targets. The missile launch in the desert was showed by State TV.

Major General Mohammad Hossein Bagheri, chief of staff, Iran's Armed Forces, said the drill was an answer to Israel's recent 'massive but pointless threats' to Iran. It was a tiny part of hundreds of missiles that can hit any target simultaneously.

Iran also launched cruise missiles on the second day of the drill on Tuesday.