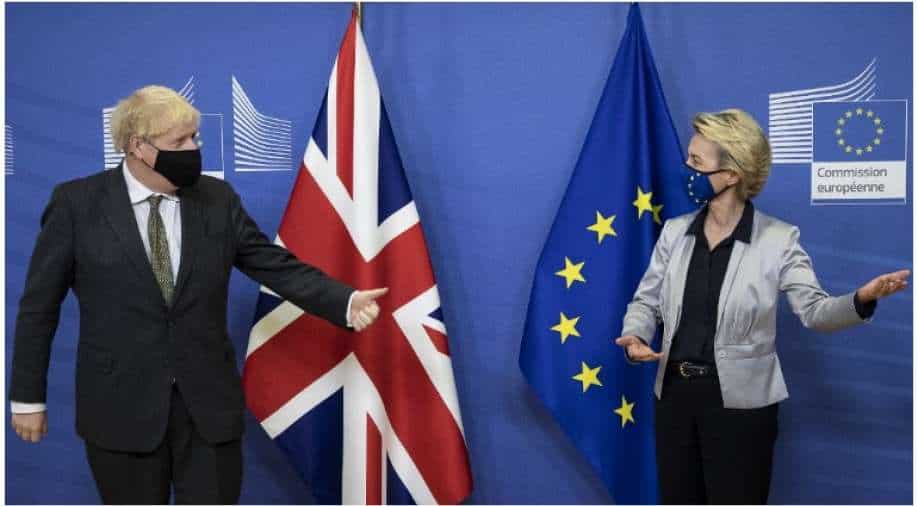 European Commission President Ursula von der Leyen has said that European Union (EU) and Britain will come to a decision on the post-Brexit deal by the end of the coming weekend. She tweeted her statement after her latest interaction with UK Prime Minister Boris Johnson. Although von der Leyen said the discussion was "lively and interesting", she noted that positions of Britain and the EU "remain far apart"

We had a lively & interesting discussion on the state of play on outstanding issues.

We understand each other’s positions. They remain far apart.

The teams should immediately reconvene to try to resolve these issues. We will come to a decision by the end of the weekend. pic.twitter.com/jG0Mfg35YX

The emergency meeting between Johnson and von der Leyen to seek a post-Brexit trade deal has ended without breakthrough as "very large gaps remain" between the two sides, British media reported late Wednesday.

Brexit transition period ends at the end of this year.

Also Read: Back down or expect no deal: Boris Johnson threatens the European Union on Brexit

The trade negotiations are at a crucial stage as time is running out for both sides to secure a deal.

Failure to reach a free trade agreement means bilateral trade will fall back on World Trade Organization (WTO) rules in 2021.