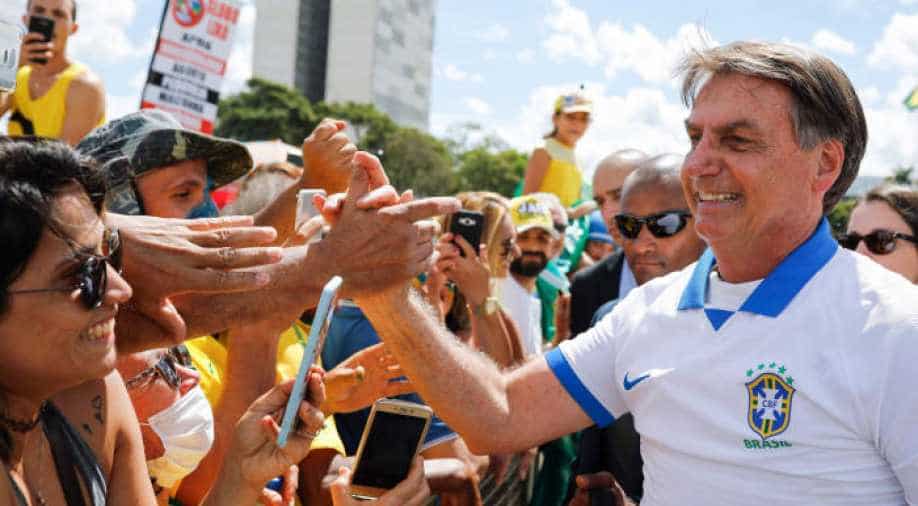 Brazil’s emergency pandemic payments, known as the “coronavoucher,” has benefited 30 million households, or 44% of the country’s total, since March.

Brazil has recorded more than 130,000 deaths linked to Covid-19, the world's second-highest figure, as the outbreak in the country shows no sign of easing.

Since the first case came to light on February 26, the South American colossus has registered more than 4.32 million infections.

But the government has responded to the crisis by distributing so much cash directly to citizens that poverty and inequality are approaching national historic lows.

According to a report published in news agency Bloomberg "some 66 million people, 30% of the population, have been getting 600 reais ($110) a month, making it the most ambitious social program ever undertaken in Brazil, a shocking shift under President Jair Bolsonaro who railed against welfare dismissed the virus — and now finds himself newly popular. The government hasn’t published its figures yet but data from the Getulio Vargas Foundation, one of Brazil’s top universities, show that those living on less than $1.9 a day fell to 3.3% in June from 8% last year, and those below the poverty line were at 21.7% compared with 25.6%. Both represent 16-year lows."

Brazil’s emergency pandemic payments, known as the “coronavoucher,” has benefited 30 million households, or 44% of the country’s total, since March.

Recent opinion polls show these payments were a key factor in boosting the popularity of right-wing Bolsonaro to its highest since taking office last year, especially in the poorest region, northeastern Brazil, once a stronghold of the left.

But Guedes has said the pandemic handouts cost the Treasury 50 billion reais a month and are fiscally unsustainable.

To hold on to his newfound support, Bolsonaro is seeking to rebrand Bolsa Familia, the popular cash transfer program launched in 2003 by former leftist President Luiz Inacio Lula da Silva, which helped build a bastion of support for his Workers’ Party.

Renamed Renda Brasil, Bolsonaro hopes to expand the welfare payments to an additional 7 million poor families, taking it to a total of 21 million, and to increase the stipend.

But the president said he was unhappy with the way the Economy Ministry had proposed funding Renda Brasil, via cuts in other social programs such as the salary allowance scheme that many low-paid workers qualify for.

“I can’t take from the poor to give to the poor. I cannot take away 12 million people’s salary allowance to give to a Bolsa Familia or Renda Brasil, or whatever,” Bolsonaro said at an event in the state of Minas Gerais.