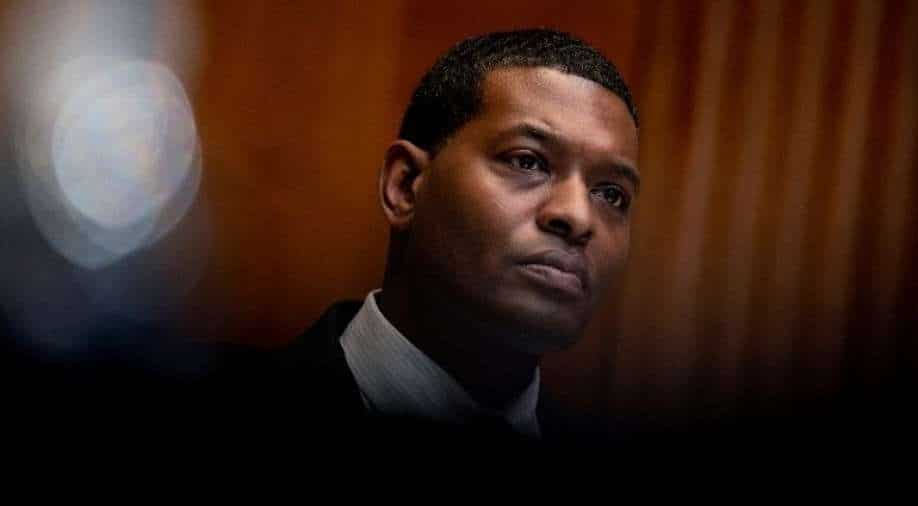 The Biden administration intends to revive federal environmental protections for millions of streams, marshes and other bodies of water across the country that had been eliminated by former President Donald Trump in his quest to please homebuilders, farmers and ranchers.

The Environmental Protection Agency made the announcement Wednesday after it said it had found that the changes under Trump caused “significant environmental degradation.”

The problem is particularly glaring in arid states such as New Mexico and Arizona, where nearly every one of more than 1,500 streams lost environmental protections under the Trump rules, said Michael Regan, administrator of the EPA. More than 300 development projects were able to go forward without regard to whether they were polluting streams or waterways under the changes made by Trump, the EPA said.

It marked the latest in a series of decisions by President Joe Biden to restore environmental protections that Trump had weakened or repealed, and it sets the stage for a regulatory and legal battle over an issue that has pitted environmental groups against agricultural interests for decades.

The effort also will be a test for Regan, who came to Washington with a reputation as a consensus builder who could find common ground between industry and environmentalists. In a statement Wednesday, Regan said the agency is “committed to establishing a durable definition of ‘waters of the United States’” and added that he intends to draw “from the lessons learned” from the Obama and Trump administrations.

By starting early to revise the policy, the Biden administration stands a greater chance of defending it against the legal challenges that are expected to come, said Richard Revesz, a professor of environmental law at New York University. “That makes it much more likely it will stick,” Revesz said.

Republicans on Wednesday criticized the move and vowed to fight it, saying Trump’s policy had protected farmers and removed what many felt were onerous cleanup burdens. “It’s a shame the Biden administration wants to undo the good work of the Trump administration,” Sen. Kevin Cramer, R-N.D., said, adding that his state was “well-positioned in the event of overreach” to fight the Biden EPA’s plan. Sen. Joni Ernst, R-Iowa, called it a “gut punch” to her state. Sen. John Boozman, R-Ark., dubbed it a “Biden administration power grab.”

The original measure, known as the Waters of the United States rule, dates to the Obama administration and extended the range of bodies of water that were subject to the 1972 Clean Water Act, an issue that had for decades lacked clarity.

The Obama administration protected about 60 per cent of the nation’s waterways, including large bodies of water such as the Chesapeake Bay, Mississippi River and Puget Sound, and smaller headwaters, wetlands, seasonal streams and streams that run temporarily underground. It limited the discharge of pollutants such as fertilizers, pesticides and industrial chemicals into those waters.

Trump repealed the policy in 2019, calling it “one of the most ridiculous regulations of all,” and claimed that his repeal caused farmers to weep in gratitude. One year later, his EPA finalized the Navigable Waters Protection Rule, which removed protections for more than half of the nation’s wetlands and hundreds of thousands of miles of upland streams by narrowing the definition of what constitutes a “water of the United States.”

In doing so, Trump framed the change as the rightful return of power from the federal government to landowners and states. In a statement on Wednesday, Chuck Fowke, chairman of the National Association of Homebuilders, expressed concern that changes to the water rule will “add unnecessary requirements” that will hurt housing affordability.

Tuesday’s announcement does not start the process of revising the regulation. That will come when the EPA officially promulgates a proposed new rule, possibly later this year. Wednesday’s action was a legal move in which the Department of Justice and Department of the Army formally requested repeal of the Trump-era rule.

“Communities deserve to have our nation’s waters protected,” Jaime Pinkham, acting assistant Army secretary for civil work, said in a statement. He said the Trump-era rule resulted in a significant drop in determinations of waters that would otherwise have been afforded protection.

Environmental groups and Democrats in Congress praised the announcement and pressed the administration to work quickly to unravel the Trump policy. “Every day the ‘Dirty Water’ rule remains in effect, it causes irreparable harm to our health, to our environment, and to our economies,” Rep. Peter DeFazio, D-Ore., chairman of the House Committee on Transportation and Infrastructure, said in a statement.

However, some legal experts said that by moving to repeal Trump’s measure and start over again, rather than building on the previous rule, the Biden administration might only prolong the back and forth that has gone on for years. “It could perpetuate this place we are in, in which each administration throws out what the last administration does, and that is not good for anyone who is interested in this issue,” said Kevin Minoli who served as a lawyer at the EPA in the Clinton, Bush, Obama and Trump administrations.

Regan has years of experience working with Republicans on the clean water rule, which was a major issue in North Carolina where he served as head of the state’s Department of Environmental Quality before leading the EPA.

When he testified before lawmakers in April, Regan vowed not to return to what many Republicans felt was the Obama administration’s overly expansive definition of a federal waterway. “We’ve learned lessons from both, we’ve seen complexities in both, and we’ve determined both rules necessarily did not listen to the will of the people,” he said. “We don’t have any intention of going back to the original Obama Waters of the US verbatim.”

The Biden administration’s decision to restore the federal protections is one in a string of reversals it is making to Trump-era environmental decisions, which were themselves reversals of Obama administration actions. The Trump administration repealed or weakened more than 100 environmental rules or laws, loosening or eliminating rules on climate change, clean air, chemical pollution, coal mining, oil drilling and endangered species protections.