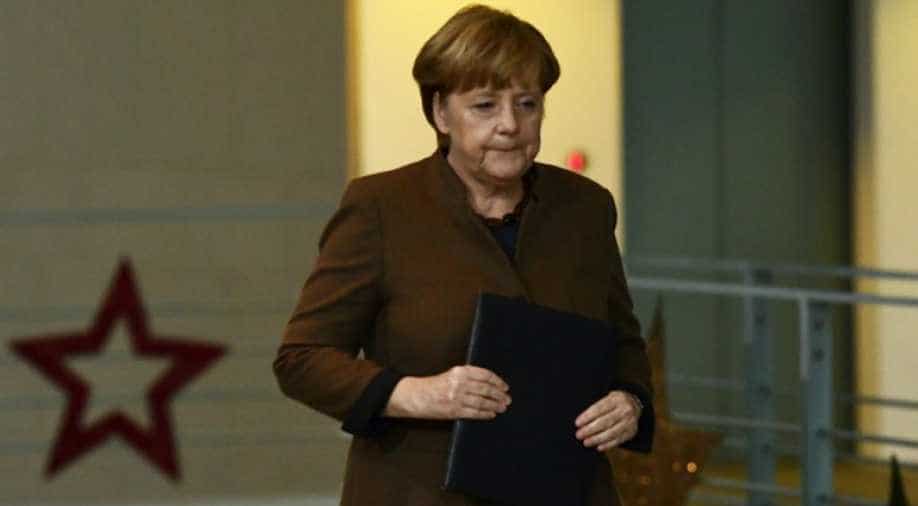 Critics have pointed to a two-day delay before authorities issued a public wanted notice for the fugitive. Photograph:( AFP )

Chancellor Angela Merkel on Friday ordered a sweeping review of Germany's security apparatus amid increasing anger that the chief suspect in the Berlin market attack was already under counter-terrorism surveillance on suspicion that he was plotting an attack.

Tunisian Anis Amri, 24, a known radical Islamist, was shot dead on Friday by police in Milan after he killed 12 people in a Christmas market in Berlin on Monday.

German police had monitored Amri since March but dropped the surveillance in September thinking he was primarily as a small-time drug dealer.

Politicians and newspapers have also criticised the fact that Amri slipped through the net of security services, who knew he had been in contact with Islamist "hate preachers."

Berlin's BZ tabloid charged in a blistering headline this week: "They knew him. They did nothing."

Reuters quoted news weekly Der Spiegel as saying that he had offered himself for a suicide mission.

Authorities have also been criticised for the two-day delay in issuing a public wanted notice for the fugitive, as well as the fact the rejected asylum seeker should have been deported long ago.

Amid the fierce criticism, Merkel pledged a "comprehensive" analysis of what went wrong.

"The Amri case raises questions -- questions that are not only tied to this crime but also to the time before, since he came to Germany in July 2015" from Italy, she said.  "We will now intensively examine to what extent official procedures need to be changed."

Merkel said she had ordered justice and interior ministers at the federal and state level to "analyse every aspect of the case and present their conclusions as soon as possible" so that reforms, where needed, could be agreed and implemented quickly, Reuters reported.

The German leader said she had also spoken with Tunisian President Beji Caid Essebsi by telephone to discuss anti-terror efforts and inform him that Germany would be "significantly accelerating" deportation of rejected asylum seekers.

Justice Minister Heiko Maas meanwhile pledged to examine "how to improve surveillance of potentially dangerous persons" and concrete steps to speed up deportations of illegal migrants.

Anger has also focused on the investigation since Monday's truck attack.

After following an initial false lead, police only found Amri's identity papers in the lorry's cabin a day after the attack, and authorities took another day before issuing a Europe-wide public wanted notice.

Merkel  -- already under fire from right-wing populists over her liberal migrant policies  -- can now expect the security debate to heat up ahead of an election expected in September, Reuters reported.

Reuters quoted conservative lawmaker Stephan Mayer as saying that the case "held up a magnifying glass" to the failings of Merkel's migration policy, and Christian Lindner, head of the Free Democrats opposition party, charged that "catastrophic mistakes" had been made.

"Germany's anti-terrorism structure is failing to match the scale of the problem," he said. "Once the dust settles, it will be important to have a fundamental rethink."

Amri's asylum request was denied in June but because Tunisia refused to take him back, denying he was a citizen, he was issued a stay of deportation paper -- the document that police found in the mangled truck cabin.

The new Tunisian travel document only arrived on Wednesday, two days after the attack, Reuters reported.

Germany has repeatedly accused Tunisia and other north African states of stalling the repatriation of their nationals.

A law to designate Tunisia, as well as Morocco and Algeria, as "safe countries of origin", to raise the bar for asylum requests, has been held up for months in Germany's upper house, over human rights concerns in the North African countries.