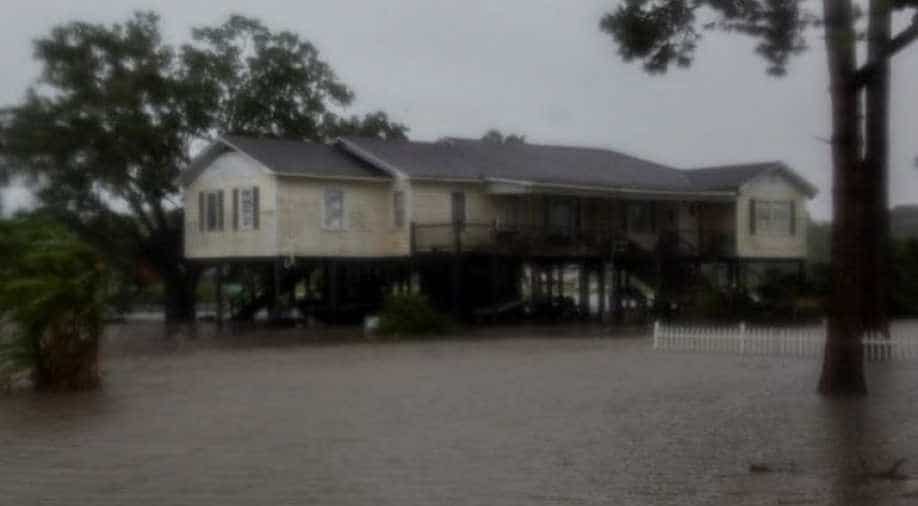 There have been no reported deaths so far in Louisiana or neighbouring states from Barry.

Barry weakened further on Sunday as the storm churned across the US state of Louisiana, bringing along heavy rains and the possibility of flooding and tornadoes.

There have been no reported deaths so far in Louisiana or neighbouring states from Barry, which had briefly become the first hurricane of the Atlantic season before the National Hurricane Center downgraded it to a tropical storm and then a tropical depression.

Still, as the storm moved inland on a northern track, it packed a serious punch.

Louisianans kept a wary eye on rivers and canals badly swollen by the torrential rainfall, following an extraordinarily wet season farther up the Mississippi River.

This is "the wettest year we've had since 1895," Major General Richard Kaiser, who heads the Mississippi River Commission, said on Fox News.

He said the broad river is "the highest it's been for a long time" just below flood stage.

Bands of heavy rain continued to lash New Orleans, the state's biggest city, but its airport was able to resume normal service after cancelling all flights on Saturday.

Fears that the levee system protecting New Orleans could be compromised eased.

Mayor LaToya Cantrell, who a day earlier had urged residents not to be complacent, said in a news conference Sunday that "we made it through the storm. We are lucky; we were spared."

As of 4:00 pm Sunday (2100 GMT), the storm's maximum sustained winds had dropped to 35 miles (55 kilometres) per hour. It was located north-northeast of Shreveport in western Louisiana, moving towards Arkansas, the National Hurricane Center said.

"Further weakening is expected as the centre moves farther inland, and Barry is forecast to degenerate into a remnant low-pressure system by Monday night," the NHC said.

US Senator Bill Cassidy said of the storm on Fox News: "We have seen worse."

Evacuation orders had already been lifted in several locales including Plaquemines Parish, south of New Orleans, where up to 10,000 residents had been under orders to leave.

But on Sunday, National Guard members were still laying down sand-filled barriers in a bid to contain flooding after "severely high water" overtopped levees in the Plaquemines town of Myrtle Grove, according to parish information officer Jade Duplessis.

Pete Gaynor, the acting administrator of the Federal Emergency Management Agency, told Fox that "there are still life-threatening conditions."

"The rain is the threat," he added, noting that floodwaters farther up the engorged Mississippi will be moving south in the coming days.

Many coastal areas remained on alert.

Tornadoes were possible in parts of Louisiana, Mississippi, Alabama, Arkansas, and Tennessee, the NHC said.

Rainfall estimates lowered further to between three and five inches (8 to 13 centimetres) over south-central Louisiana but rivers and canals are already near capacity.

The eye of the storm made landfall Saturday at tiny Intracoastal City.

Rivers overtopped their levees in several locations, including part of coastal Terrebonne Parish.

For many, the storm revived unpleasant memories of Hurricane Katrina.

While thousands of Louisianans fled for safety as the storm approached, others hunkered down to ride it out, sometimes defying mandatory evacuation orders.

"It hasn't been anything," he said while acknowledging that other areas were harder hit. "I guess we are lucky."

On Pontchartrain's northern edge, 61-year-old Gerard Braud, a communications consultant, said there were five feet (1.5 meters) of water under his elevated lakefront home.

"It extended back in some places, five, six, seven blocks from the lake," he said, adding, "Water levels are the biggest threat in a weak storm like this."

Not far away, Michael Forbes, 61, a prosecuting attorney, said lake levels were far higher than normal due to the wind blowing water in from the Gulf and Mississippi River water being channelled into the lake to ease flood pressure.

In 2005, Katrina the costliest and deadliest hurricane in recent US history submerged about 80 per cent of New Orleans after the city's levee system failed, causing about 1,800 deaths and more than $150 billion in damage.