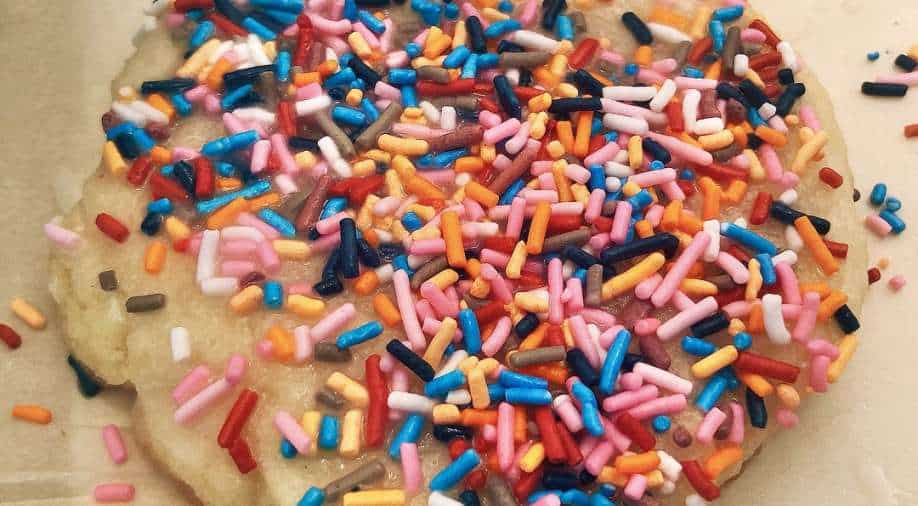 A bakery in Leeds named 'Get Baked' had to stop producing its bestselling biscuit after officials found that the treats were being topped with illegal sprinkles.

The bakery withdrew its raspberry glazed doughnut cookies as they contained a banned food colouring. Owner Rich Myers said that the decision is "ridiculous" and alternative sprinkles on the market were "rubbish".

Mr Myers has been quoted by the BBC as saying, "I know it sounds like a small thing but it is a big deal for my business - we used them a lot."

"Our best-selling cookie, we're not going to be able to sell them any more. For a small independent business that only has a small menu, it's a problem."

West Yorkshire Trading Standards said that the decoration had fallen foul of UK regulations. It further said that the E127 food colouring, also known as Erythrosine, is only approved for use in the UK and EU in cocktail cherries and candied cherries.

This is because the particular ingredient has been linked to problems with hyperactivity and behavioural issues in children.
Also, a US study suggested an increased risk of thyroid tumours when tested on male rats.

Edd Kimber, who happens to be the 2010 winner of the Great British Bake Off understood the plight of the bakery owner as he said that supermarket sprinkles were "not as good".

Fellow contestant Hermine Dossou, who was a semi-finalist in the 2020 show, asked the sprinkle makers in the UK to "step up their game".

While narrating the incident, Mr Myres said, "[The inspector] said they'd had reports of us using illegal sprinkles and I actually laughed by mistake, then realised he was being serious."

"To whoever reported us to Trading Standards, all I have to say is: 'Dear Lord, what a sad little life Jane'."