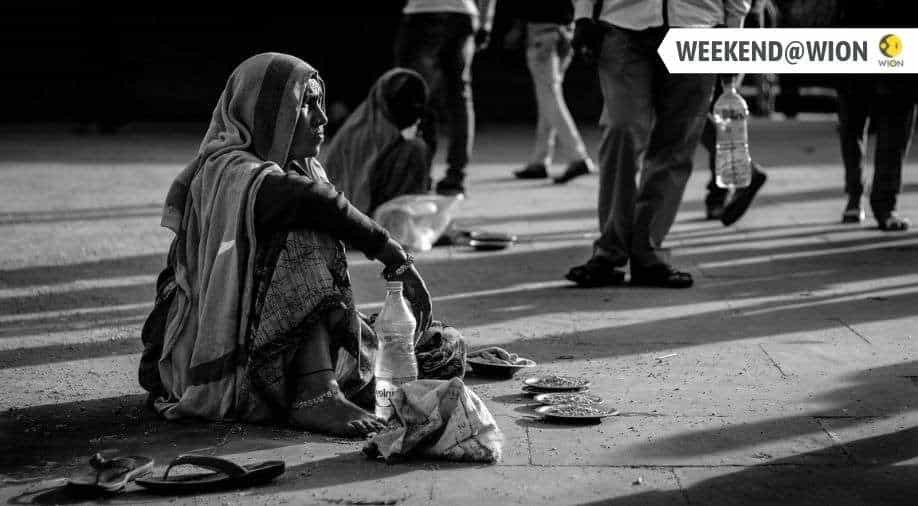 International Day for the Eradication of Poverty (Image credit: aamiraimer/Pixabay) Photograph:( Others )

Some can afford space travel, but for some, managing the one-time meal is rocket science. A harsh reality of the world, which is technologically so advanced that it can achieve anything possible, but the widening of the gap between the rich and poor just can not be ignored.

The world made remarkable progress to end persistent poverty in recent years, however, the unprecedented coronavirus (COVID-19) pandemic reversed decades of progress to a large extent in the fight against poverty and extreme poverty globally.

According to the World Bank, the COVID-19 crisis has pushed between 88 and 115 million people into poverty, with the majority of the new extreme poor being found in South Asian and Sub-Saharan countries. It is important to note that the poverty rates in such regions are already high.

ALSO READ | Why is India poised to become the next superpower?

October 17 is observed as the International Day for the Eradication of Poverty as it provides an opportunity to analyse the efforts made to eliminate poverty and acknowledge the struggle of people living in poverty.

It is a day to make sure that the concerns of those people living in extreme poverty are heard and the world is progressing together to build a sustainable future, with an aim to eradicate discrimination and poverty. World leaders also must ensure that everyone must fully exercise their human rights.

Impact of COVID-19 on efforts to eradicate poverty:

The World Bank report also mentioned that in 2021, the number of people being pushed into poverty is expected to have risen to between 143 and 163 million, joining the ranks of the 1.3 billion people who are already living in multidimensional and persistent poverty.

These "new poor" is an added challenge to the countries around the world and their efforts to eradicate poverty as the already-existing issues aggravated during the global pandemic.

However, as the world embarks on the post-Covid recovery, it is essential to move forward with better plans and sustainable development goals, instead of finding ways to get back to how it was before the pandemic because we certainly do not want to go back to a system with structural disadvantages and inequalities.

Progress made by India:

According to International Monetary Fund (IMF), at the growth rate of 11.5%, India was going to be the fastest-growing economy in 2021. The growth is a clear indication that the poverty rate in the country is on the decline, which is remarkable for a country aiming to become the next superpower.

As per the Brookings report, India is no longer the country with the most extreme poverty as in the global poverty ranking, India is sliding down.

The real-time data from the World Poverty Clock, 6 per cent or 86,799,498 (86.8 million) of the Indian population are living in extreme poverty and 30 Indians are escaping extreme poverty every minute. The Global MPI Reports 2019 and 2020 states that 21.9 per cent of the population was poor in the country.

ALSO READ | Status of women and state of feminism in China

Illiteracy, unemployment, famines and malnutrition are some of the root causes of poverty in India, however, the Indian government is making efforts including spending on rural welfare schemes, etc and the 1991 economic reforms is a catalyst in India's emergence as a success story in globalisation that goes hand in hand with meeting infrastructural needs of its own people.

The target of the government is to eradicate extreme poverty for all people everywhere by 2030.