Back to mom: US baby formula shortage leads to desperate scramble for breast milk 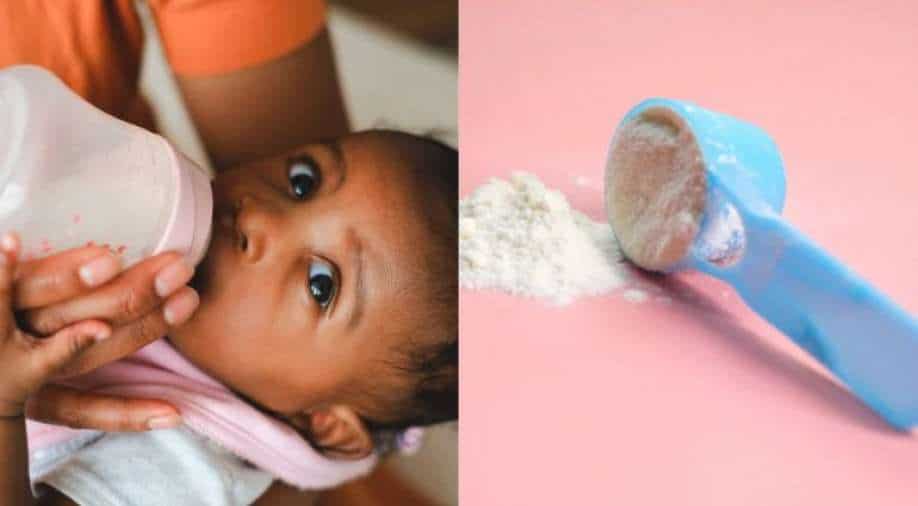 The shortage has left many parents frantic and fearful their infants may starve. (representative image) Photograph:( Others )

Initially caused by supply chain blockages and a lack of production workers due to the pandemic, the shortage was exacerbated in February when, after the death of two infants, manufacturer Abbott announced a "voluntary recall" for formula made at its factory in Michigan and shut down that location

There's no end in sight to America's shortage of baby formula -- and the crisis has highlighted the lack of competition that has spread to all parts of the US economy, even essential ones such as food for infants.

The problem "is not going to solve itself in a day or week," Brian Deese, a top White House economic advisor, told CNN Friday.

He was unable to say how long the crisis would last.

Initially caused by supply chain blockages and a lack of production workers due to the pandemic, the shortage was exacerbated in February when, after the death of two infants, manufacturer Abbott announced a "voluntary recall" for formula made at its factory in Michigan and shut down that location.

Also read | US baby formula shortage: What is it and who is most at risk?

The shortage has left many parents frantic and fearful their infants may starve. Formula is a necessity for many families, particularly in low-income households where mothers have to return to work almost immediately after giving birth and cannot breastfeed.

A further issue is that prices for the formula that remains have skyrocketed.

An investigation by the US Food and Drug Administration (FDA) cleared Abbott's formula but made 483 "observations" about the factory, Abbott said in a statement Friday.

"We immediately began implementing corrective actions and subject to FDA approval, we could restart our Sturgis, Mich., site within two weeks," the company said.

The FDA promised to announce plans next week that would allow, among other things, the import of formula produced overseas.

The FDA currently bans most foreign infant formula, including products made in Europe, not because of health concerns but due to labeling and packaging standards.

"We believe these and other ongoing efforts will help dramatically improve the supply in the US in a matter of weeks," FDA head Robert Califf said Friday on Twitter.

US President Joe Biden also said it "will be a matter of weeks or less" to start fully refilling shelves.

Watch | Gravitas: US is running out of baby formula

He said that stock levels in stores had begun to stabilize this week.

According to the data collection agency Datasembly, as of Tuesday, 43 percent of the usual formula supply was out of stock, up 10 percent from the April average.

Deese stressed that safety was key in solving the formula shortage and said that Biden's administration had been running on all cylinders to try and provide enough supply.

Accused of a wait-and-see attitude or even indifference, the White House unveiled some measures Thursday to tackle the issue, but the scope seemed limited.

Biden said Friday that his administration had intervened as soon as it was aware of the problem, but that they had to "move with caution as well as speed."

"The White House... is considering all sorts of options for helping parents, which is good," Amanda Starbuck, a research director at the Food & Water Watch group, a food safety NGO, told AFP.

She said the crisis was indicative of the problem with extreme concentration throughout the food production chain.

Three US companies control 95 per cent of formula sales, according to Starbuck.

The current situation is the result of a decades-long movement. The concentration has benefited US companies that, in the absence of competition, have been able to agree on prices among themselves, Starbuck explained.

Also read | Baby’s day out: Four-year-old kid goes for a spin in mom’s car in Netherlands

"But the blame is not completely on these companies," she said. "Why has our government allowed for... just three companies to control so much?"

Not to mention that the companies' giant size does not make them more efficient.

"It's not efficient when there's a single recall that affects every single parent across the country who needs to feed their child," she said.

Starbuck said it's time to turn back the clock, even if it means dismantling the huge corporations.

"What we need to do now is pass comprehensive antitrust legislation in order to better scrutinize companies, to break up companies that have gotten so big that they're abusing their market power," she said.