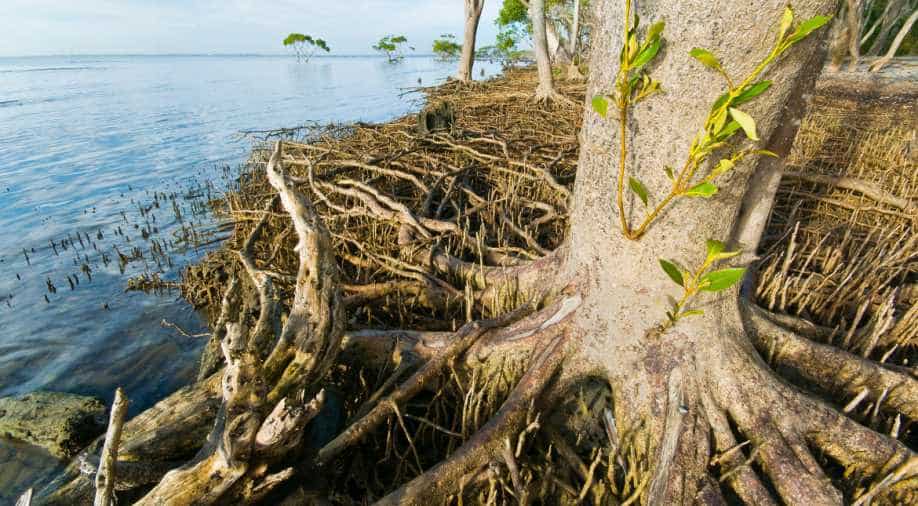 The so-called dieback, where mangroves are either dead or defoliated, was confirmed by aerial and satellite surveys. Photograph:( Getty )

Follow Us
Thousands of hectares of mangroves in Australia's remote north have died, scientists said on Monday, with climate change the likely cause.

Some 7,000 hectares (17,300 acres), or nine per cent of the mangroves in the Gulf of Carpentaria, perished in just one month according to researchers from Australia's James Cook University, the first time such an event has been recorded.

The so-called dieback, where mangroves are either dead or defoliated, was confirmed by aerial and satellite surveys and was likely to have been the result of an extended drought period, said Norm Duke, a mangrove ecologist from James Cook University.

"This is what climate change looks like. You see things push the maximums or minimums... what we are looking at here is an unusually long dry season," Duke said.

"The reason that there's dieback now is because of this drought. Droughts are normal, but not so severe, and that's the difference," he said.

Local rangers told scientists they were seeing creatures like shellfish, which need the shade of the trees, dying and that turtles and dugongs that are dependent on the ecosystem could "be starving in a few months", he added.

"The dieback occurred synchronously across 700 kilometres (434 miles) in one month," he said, which is about the distance between Sydney and Melbourne.

Some of the mangroves suffering "dieback" were defoliated, meaning they were not yet dead but had lost their leaves, and could recover. But most "won't recover, and will be dead", with satellite images matching ground surveys, said Duke.