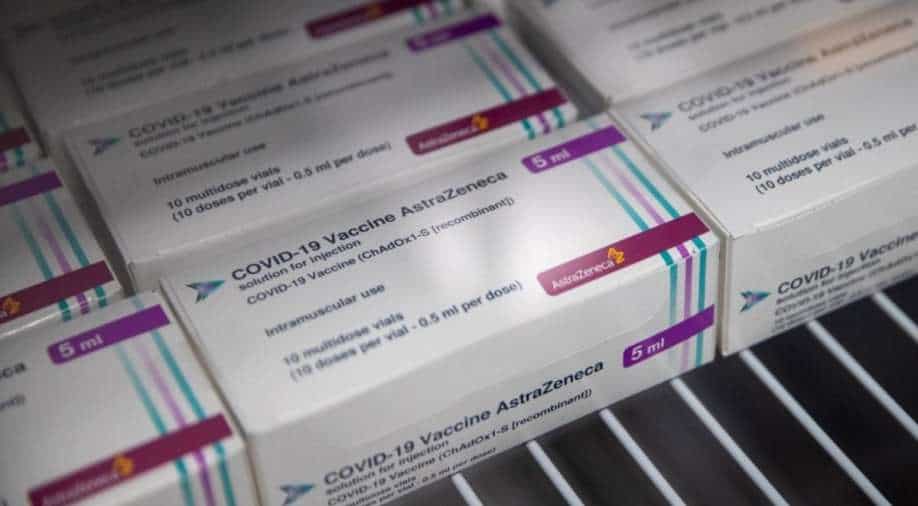 As per AstraZeneca, worldwide this vaccine has helped prevent 50 million Covid cases, and 5 million hospitalisations and saved more than one million lives. Photograph:( AFP )

AstraZeneca's COVID-19 vaccine Vaxzevria has been granted approval by the European Medicine Agency (EMA) as a booster shot for adults in European Union.

The vaccine can now be used as a third shot in patients that have been vaccinated with two shots of either Vaxzevria itself or any other EU-approved mRNA coronavirus vaccine.

In a statement, the British drug giant said that "AstraZeneca's Covid-19 vaccine, Vaxzevria, has been granted approval in the EU by the EMA as a third dose booster in adults."

The EMA had concluded there was a "substantial body of evidence demonstrating an increased immune response after a third dose booster with Vaxzevria", it added.

In the United Kingdom, and several Asian, and Latin American nations, the AstraZeneca vaccine already had authorisation as a homologous booster i.e., patients who were already inoculated with it could be given a booster dose of the vaccination.

As per the company, worldwide this vaccine has helped prevent 50 million Covid cases, and 5 million hospitalisations and saved more than one million lives.

Despite a 40 per cent drop in Europe, where the pandemic has been halted by vaccinations, Vaxzevria sales increased fourfold to $1.15 billion in the first quarter, according to the company.

However, AstraZeneca warned in April that Covid revenues, which includes that from Vaxzevria, would fall this year as the health crisis subsides.