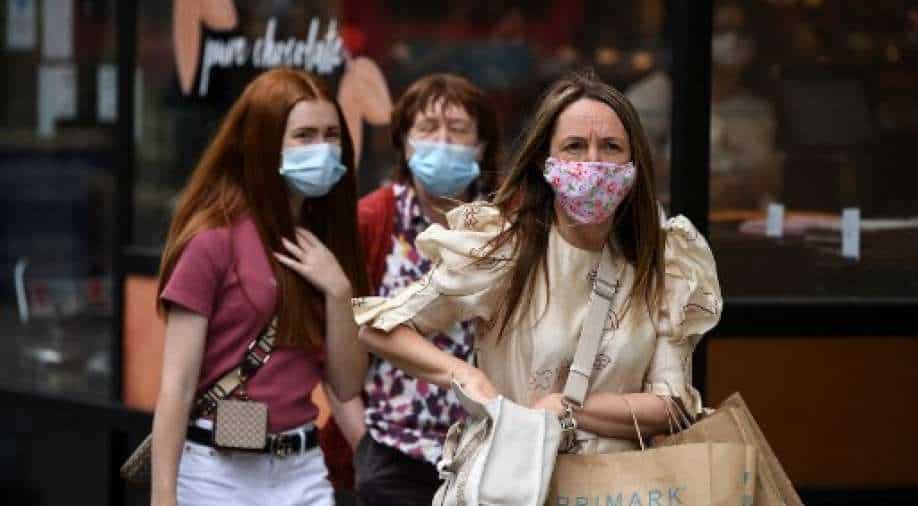 As the coronavirus pandemic continues to surge in the UK, a research showed that men have been catching coronavirus infection faster than women in England

As the Boris Johnson government prepares to remove all COVID-19 restrictions this month, Britain's Office for National Statistics(ONS) reported the number of COVID-19 infections in the UK had risen over 50 per cent till July 3.

Scientists had earlier warned the government not to lift curbs as the country reported over 32,000 coronavirus cases on Thursday. There have been concerns over the Euro 2020 final at Wembley with 60,000 spectators allowed to watch the mega final between hosts England and Italy.

British transport minister Grant Shapps said Italian fans should not travel to the country declaring: "If we detect people are coming in just for the football, they won't be allowed in and in fact, lots of charter flights and direct flights have been cancelled on that basis."

However, reports say 1,000 football fans from Italy have been allowed to watch the game raising fears of virus resurgence in the London area.

According to a research by Ipsos MORI and London's Imperial College, men have been catching coronavirus infection faster than women in England as they have been engaging in greater "social activity" due to football matches.

The Delta variant has been identified as the dominant strain with Glasgow in Scotland which had hosted Euro 2020 matches becoming a hotspot.

The government had declared on Thursday that UK residents returning to England from the US and most European countries won't have to quarantine themselves if they are fully vaccinated from July 19 onwards.

Britain has reportedly vaccinated over 80 per cent of the population with the vaccine as authorities get ready to ease social distancing norms.

Amid the surge in cases, British health secretary Sajid Javid had warned the number of coronavirus cases in the country could reach 100,000 after July 19 as restricitons are removed.

Britain is one of the worst-hit coronavirus countries in the world with the over 5 million COVID-19 cases and over 128,000 fatalities.