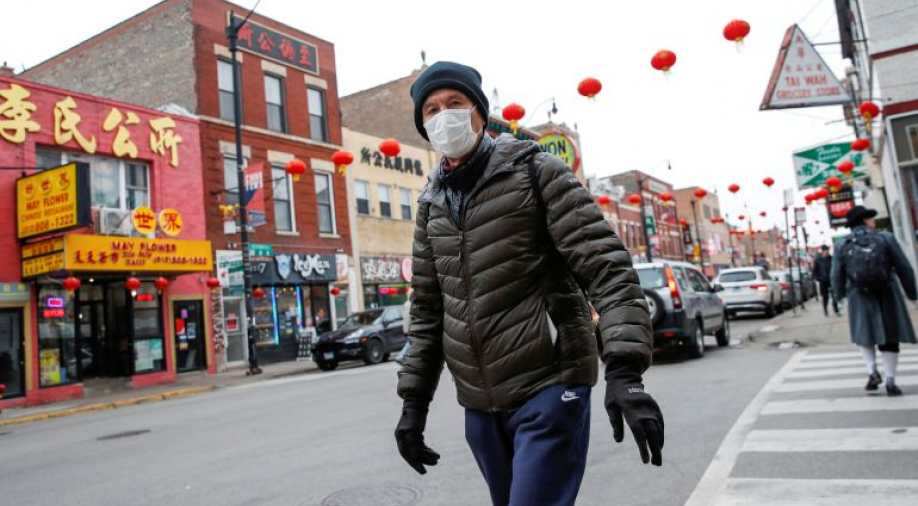 A man wears a masks in Chinatown following the outbreak of the novel coronavirus, in Chicago, Illinois US January 30, 2020. Photograph:( Reuters )

A postman in Paris refused to deliver Chinese parcels while in South Korea, a seafood restaurant banned Chinese people from entering.

As China struggles to tackle and contain the deadly coronavirus outbreak, criticism for its handling of the situation is only escalating.

China cannot deny is that the crisis is growing with the death toll mounting over 550 people and thousands suffering.

The Chinese are not just bearing the brunt of the outbreak but the rising incident of discrimination as well. Reports suggest that patients in Wuhan are being treated as outcasts.

In the rest of the world, people of Chinese origin are being ostracised.

The coronavirus outbreak has triggered a wave of racist attacks against the Chinese around the world. Even packages and parcels from China are not being spared.

A report from Chinese media claims that logistics activity from the country has dropped after the outbreak.

A postman in Paris refused to deliver Chinese parcels. It is not just happening in France. In Seoul, South Korea, a seafood restaurant banned Chinese people from entering while a nail salon in Vietnam refused to welcome Chinese customers.

This is not the first time when the Chinese have been subjected to xenophobia.

Just recently, a leading Japanse seasoning and condiment manufacturer made headlines for its campaign against a controversial entry in Merriam-Webster that fans the idea that eating MSG-laden food at Chinese restaurants can make people sick.

Chinese Restaurant Syndrome - as a dictionary entry in Merriam Webster - dates back to the 60s when people began reporting having experienced some form of illnesses after eating at Chinese restaurants.

If you try looking up 'Chinese Restaurant Syndrome' online on Merriam Webster's website, it will throw up the following definition which first came into use in 1968.

"Chinese Restaurant Syndrome: a group of symptoms (such as numbness of the neck, arms, and back with headache, dizziness, and palpitations) that is held to affect susceptible persons eating food and especially Chinese food heavily seasoned with monosodium glutamate".