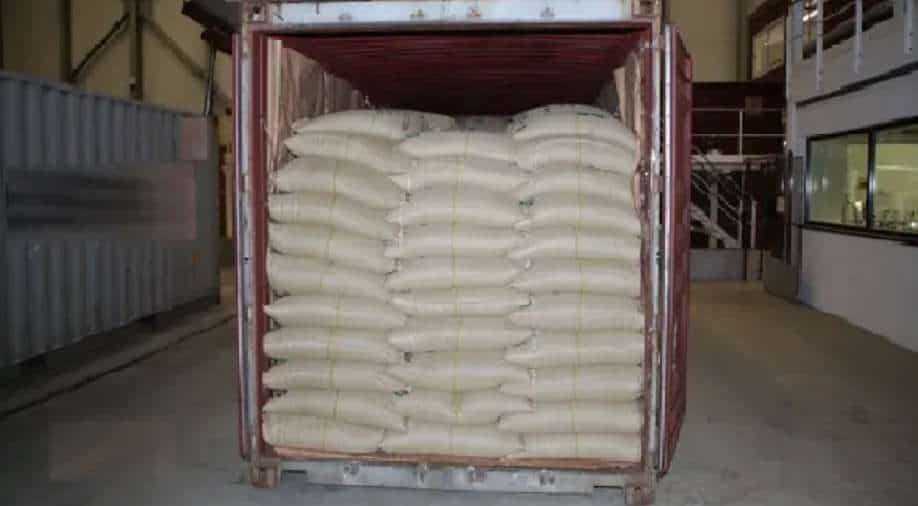 500 kg of cocaine was found in a coffee beans consignment in Switzerland Photograph:( AFP )

The police went on to search the entire shipment which was distributed in five shipping containers and were able to recover around 500 kg of cocaine from the entire consignment.

In one of the biggest drug busts in recent times, the Switzerland police seized more than 500kg of cocaine hidden inside a shipment of coffee beans. The shipment was being delivered to a Nespresso plant in Romont, in the western Swiss canton of Fribourg, when it was seized by the police.

According to the official statement by the police, they were alerted by the workers at the Romont plant that the shipment of coffee beans was filled with a mysterious white powder. The police reached the pant right after the tip and analysis showed that the substance was cocaine.

“Staff at the coffee capsule maker, owned by Swiss food giant Nestle, found an undetermined white substance when they unloaded the freshly delivered sacks of coffee beans,” the Fribourg police said in their official statement according to an AFP report.

The police went on to search the entire shipment which was distributed in five shipping containers and were able to recover around 500 kg of cocaine from the entire consignment.

Following the discovery, the police established a security perimeter around the factory and the containers carrying cocaine were separated in order to stop them from contaminating the plant.

According to the police report, the drug was most likely coming from Brazil and it was determined to be around 80 per cent pure, according to the AFP report. The amount of cocaine that was recovered from the Switzerland plant was valued at around £41 million according to its street value.

“It appears that all of the drugs were destined for the European market,” police said.