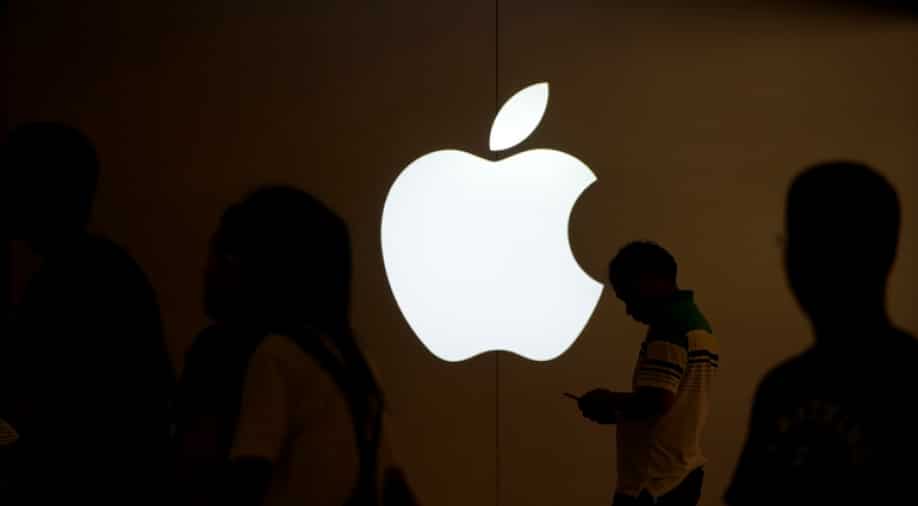 A man looks at the screen of his mobile phone in front of an Apple logo outside its store in Shanghai, China July 30, 2017. REUTERS/Aly Song/Files Photograph:( Reuters )

An Apple spokesman said that the company is not sourcing cotton from Xinjiang, but declined to comment on whether they had done so in the past.

According to the report, an Apple spokesman said that the company is not sourcing cotton from Xinjiang, but declined to comment on whether they had done so in the past.

The US government in July imposed sanctions on Changji Esquel Textile, a unit of the Hong Kong garment group Esquel, along with 10 other Chinese companies for alleged human rights violations in the Xinjiang region, including forced labour.

The sanctions bar the companies from buying US technology and other goods.

However, Esquel has denied allegations. “We absolutely have not, do not, and will never use forced labour anywhere in our company,” it said in a statement.

According to the report, a month before the sanctions were announced, Esquel had sent a shipment of women’s cotton and elastane knit shirts to “Apple Retail stores” in California, the database run by the global shipping information provider Panjiva showed. Those records were identified by the Tech Transparency Project.

Esquel supplies many major US clothing companies including Patagonia, Nike and Tommy Hilfiger. But Apple’s relationship with the firm has not received much public scrutiny, even though it stretches back years.

US sanctions Lebanon companies for funnelling millions to Hezbollah