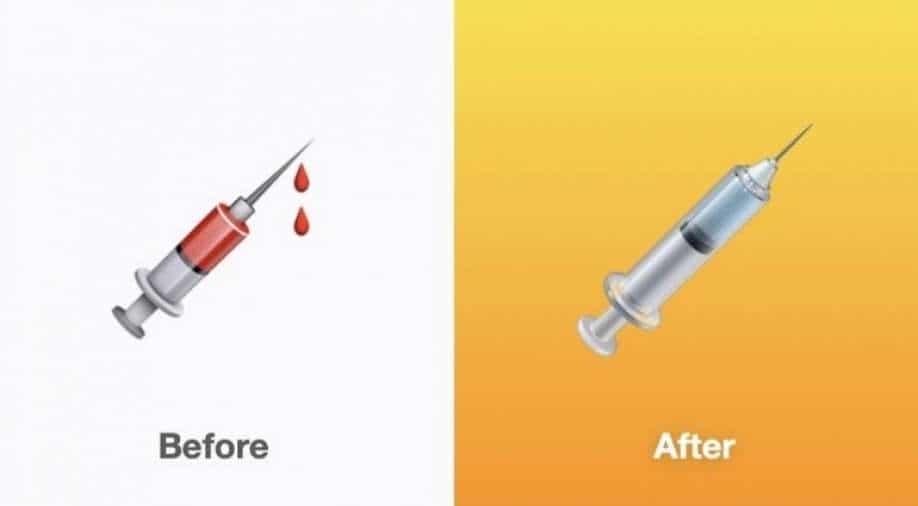 With a lot of countries carrying out mass vaccination drives against the deadly coronavirus, Apple has decided to slightly change the syringe emoji.

On Tuesday, Apple unveiled the new design of the syringe emoji in which it has removed the drops of blood coming out of the syringe.

The syringe will also be shown as empty now, rather than being filled with blood like earlier.

It is being assumed that the change has been made to remove the misconception that vaccinations involve blood.

Apple has removed the blood from the syringe emoji in iOS 14.5, making it more versatile to represent vaccination 💉 https://t.co/tdSiIYB0gI pic.twitter.com/3R5gL83Cdz

The change has been implemented as a part of Apple's iOS 14.5 beta. This version has also introduced new emojis such as a heart on fire, a spiral-eyed face.

There is also an emoji for mending heart, exhaling face and a face in clouds.

One of the most popular additions to the emojis has been that of a beard for women and men, both. This has