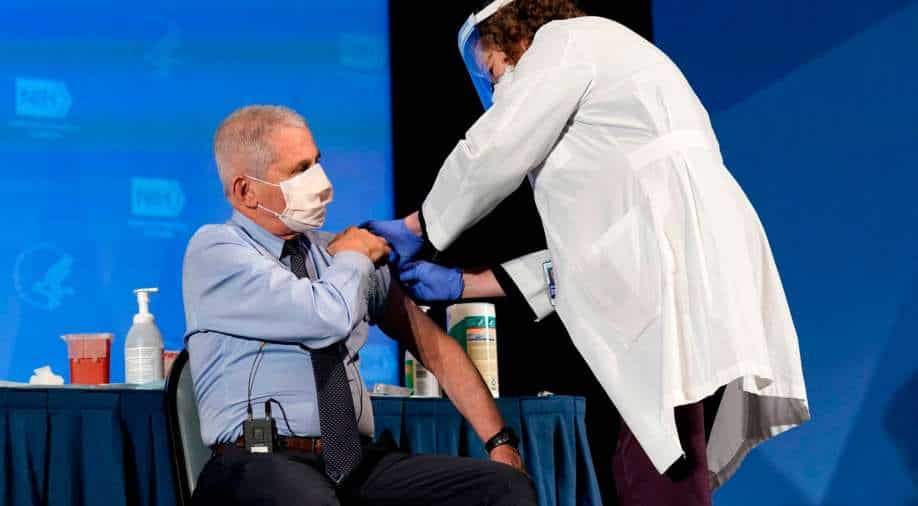 Top US infectious disease expert Anthony Fauci has denied following the UK's decision to delay the second dose of the COVID-19 vaccine.

"I would not be in favor of that... We're going to keep doing what we're doing," Faudi said during an interview with a local media channel.

This clarification from Fauci has come after it was reported by the local media that the UK government will be prioritsing giving the first dose of the COVID-19 vaccine to people in the high-risk groups and administer the second dose after 12 weeks.

The decision has been taken to make sure majority people are administered the first dose as quickly as possible. Fauci had retweeted a report about this decision with a caption "that's under consideration".

However, like majority of other times, Fauci has this time, too, backtracked on his words and claimed his words were "misinterpreted".

"The fact is we want to stick with what the science tells us, and the data that we have for both (vaccines) indicate you give a prime, followed by a boost in 21 days with Pfizer and 28 days with Moderna. And right now, that`s the way we`re going with it, and that`s the decision that is made," The director of the National Institute of Allergy and Infectious Diseases said.

"We make decisions based on data. We don`t have any data of giving a single dose and waiting for more than the normal period of time (to give the second dose)," he added.

Fauci also spoke about the new variant of coronavirus found in South Africa, and if it would pose a threat to the existing vaccines. "The proof of the pudding is we have to test it, and that is what is happening now, testing the strain found in South Africa against the antibodies produced by the vaccines. We don`t have that answer, but I am sure that answer is forthcoming soon," Fauci said.